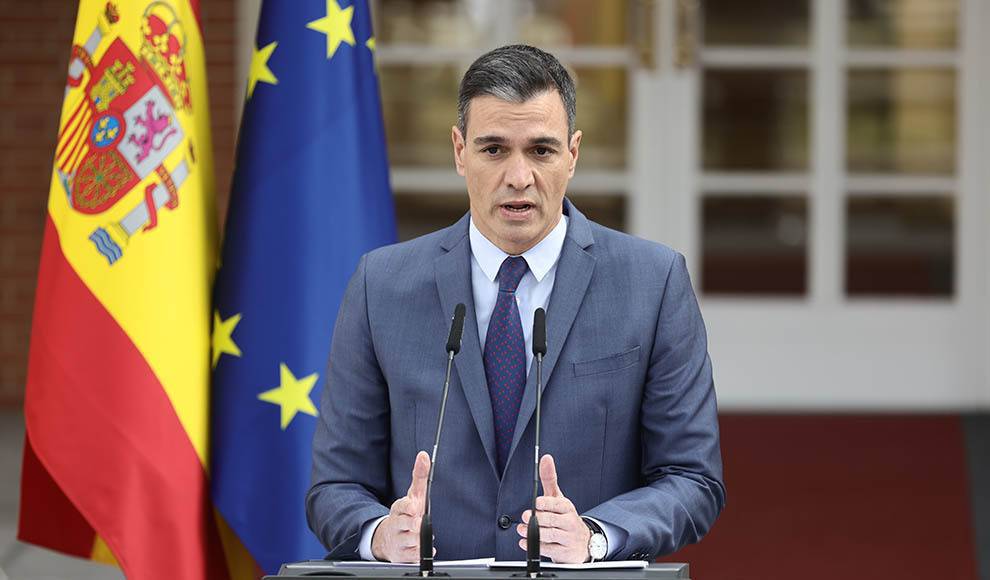 The President of the Government, Pedro Sánchez, participated during the night of February 24 in Brussels in the extraordinary European Council to address the military invasion of Ukraine by the Russian Federation during which they held a videoconference with the Ukrainian President, Volodímir Zelenski.

The heads of state and government agreed on a new package of sanctions against the Russian Federation for the attack on the sovereignty and territorial integrity of Ukraine, a neighboring country and, as Pedro Sánchez stressed, “an attack on the security of the entire European continent”. This is a second package of restrictive measures after the one adopted last Tuesday, February 22.

The President of the Government stressed: “The situation is very serious. We are facing a flagrant violation of international law that we cannot accept. And the EU must respond in the line we have been maintaining in recent weeks: Unity, which is the basis of our strength; and firmness in our position, open to dialogue and diplomatic channels, but very willing to adopt tough restrictive measures, if Russia opted for force, as it has been”.

The Spanish Embassy in Kiev has been in contact for weeks with the Spanish residents in Ukraine to provide them with the available information on possible evacuation routes. Of the more than 400 Spaniards registered at the Embassy, more than a hundred are already in Spain. In this sense, President Sanchez has guaranteed that the necessary help will be provided to the Spaniards who still remain in Ukraine, a little more than 200.

Pedro Sánchez recalled that Spain is a country of solidarity and stressed the need for the European Union to prepare for the humanitarian consequences arising from this aggression. “We reiterate our support and solidarity with the Ukrainian people and government in this difficult moment. Spain and the European partners are at their side,” said the head of the Executive.

Pedro Sánchez stressed that, in this extraordinary European Council, additional restrictive measures were reached “that we want to have, as we have been pointing out, forceful and massive effects against the Russian economy”. And all this, as the President emphasized, has been done “in close coordination with our transatlantic partners, our NATO allies and other international actors”.

The 27 agreed on a new package of sanctions on Russia that complements those approved on Tuesday. It broadens the list of individual sanctions and expands sectoral ones, with restrictive measures that will further reduce the financing capacity of Russian public and private institutions, limiting movements, transactions and deposits and establishing tight control over exports, particularly of dual-use and technological material.

“This aggression is a frontal attack on European principles and values that opens a crisis of multiple dimensions. Today, we European leaders have reaffirmed our common commitment to confront this clear violation of the international order on the basis of our unity and our firmness”, concluded the President of the Government.