Rule of Law conditionality: MEPs call on the Commission to act immediately

Following the Court of Justice ruling on the “rule of law conditionality” mechanism, MEPs demand that the Commission applies it and protects EU values.

Budget Commissioner Johannes Hahn said that the Court’s ruling is now being analysed by the Commission, which will swiftly finalise its guidelines on how to apply the regulation. He underlined that the mechanism is one of the tools in the EU’s rule of law protection toolbox and that it is key to choose the right tools to address specific problems. He reassured MEPs that the Commission was monitoring the situation across member states to identify any potential breaches to the rule of law and pointed out that it has already sent informal letters to two member states. Pointing to President Ursula von der Leyen’s statement, he said that when the conditions of the regulation have been fulfilled, the Commission will act with determination.

“Today is a day of victory for Parliament”, MEPs said, stressing that the ECJ ruling confirmed the Parliament’s stance that EU money should not go to governments that violate EU values. Many underlined that now the Commission had run out of excuses for delays. Many speakers said they had had enough of hearing bureaucratic excuses, while some member states were being taken over by tyrants, with justice systems degrading, freedom of press restricted and minorities’ rights curtailed. They recalled that the Commission’s role is to guard the EU treaties and protect the founding values to which all EU countries have committed.

Some speakers accused the EU institutions of punishing Hungary and Poland for political reasons and discriminating between “better” and “worse”. Rule of law problems and politicised justice systems exist also in other EU countries, such as Germany and Spain, they said.

Watch extracts from the debate here

Roberta Metsola on ECJ ruling: “rule of law is non-negotiable”

The European Court of Justice upheld on February 16 the validity of the rule of law Conditionality Regulation, as it dismissed the requests by Hungary and Poland to annul it.

The ruling confirms the European Parliament’s long-standing position to protect the European Union’s budget from misuse by national governments that are in breach of the rule of law.

Conditionality of EU funds linked to respect of the rule of law is non-negotiable for the European Parliament.”

“The rule of law is the basis on which our Treaties are built. It is fundamental that all Member States adhere to the Treaties they all signed up to when they joined the European Union. Values matter, and citizens have the right to know how common funds are used”, underlined President Metsola.

On February 16 the European Parliament’s negotiating team will hold a press conference on the ECJ ruling at 11.30, and the Parliament’s plenary session will debate the topic at 16.00.

Rule of Law: ECJ has removed last obstacle to application of the Conditionality mechanism

Following the European Court of Justice’s decision to uphold the Rule of Law conditionality regulation, lead MEPs call on the Commission to act without delay.

Petri SARVAMAA (EPP, FI) said: “The last remaining obstacle for the Rule of Law Conditionality Regulation has now been removed. Parliament’s message goes straight to the Commission, and I want to be very clear: it is high time to start implementing the regulation. The clock cannot be restarted to play for time, but the Commission must now act promptly and definitively.”

“The facts are undisputed. We all know how the rule of law situation has been deteriorating for too long, not only in Hungary and Poland but also in some other Member States,” he concluded.

Eider GARDIAZABAL RUBIAL (S&D, ES) said: “We hope the Commission has been working all this time and has done its homework to be ready to implement the regulation today”.

“This ruling is a turning point and represents support for a European project based on shared values. It is a clear message to authoritarian governments that, in the EU, the rules of the game must be respected,” she added. “With its judgment the Court legally endorses the political message behind the rule of law mechanism and endorses the serious work of the EU institutions.”

Watch the video-recording of the press conference on EP Multimedia center platform. 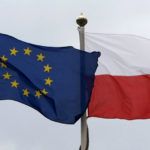