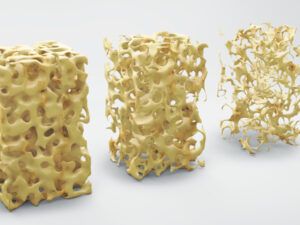 Calcium is a crucial mineral that the body needs for good health. Many people take calcium supplements hoping to strengthen their bones, particularly when they suffer from osteoporosis, a condition in which the density and quality of bones are reduced. However, the safety of calcium supplements has been questioned because of their possible association with cardiovascular risk.

Partially supported by the EU-funded INTRICARE project, a team of researchers has examined the impact of calcium supplementation on bone and cardiovascular health, and the role of vitamin K in providing a safer treatment of osteoporosis. The findings were published in the journal ‘Frontiers in Cardiovascular Medicine’. “It is still unclear whether calcium supplementation significantly contributes to the reduction of bone fragility and fracture risk. Data suggest that supplementing post-menopausal women with high doses of calcium has a detrimental impact on cardiovascular morbidity and mortality.”

Over 99 % of total body calcium is stored in teeth and bones. The remainder is present in blood, extracellular fluid, muscle and other tissues. The existence of calcium salts outside the bone is referred to as extra-skeletal calcification. In the paper, the researchers explain the notion of “calcium paradox” that involves the paradoxical coexistence of reduced bone mineral density and increased vascular calcification under several pathological conditions.

They emphasise that this is particularly common in post-menopausal osteoporotic women and patients with chronic kidney disease. The study states: “For many years vascular calcification was considered as a clinically irrelevant process reliant of passive deposition of calcium crystals, merely reflecting a passive feature of disease and aging. Recent evidence however suggests otherwise, and vascular calcification appears to be a highly regulated process.”

The article notes that “vitamin K could serve as complementary nutrient to calcium (and vitamin D) to protect from increased risk for vascular calcification thereby allowing more safe treatment of osteoporosis.” It adds: “The combination of vitamin K and calcium could reduce risk on post-menopausal bone and simultaneously prevent vascular calcification, thereby aiding the beneficial effects of calcium in bone and preventing the negatively associated vascular effects of supplemental calcium intake.” 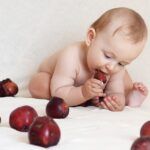