Sanchez, together with the Prime Minister of Denmark, Mette Frederiksen, visited the town of Borodianka, near Kiev, and saw on the ground the devastation and death of civilians caused by Russian shelling. 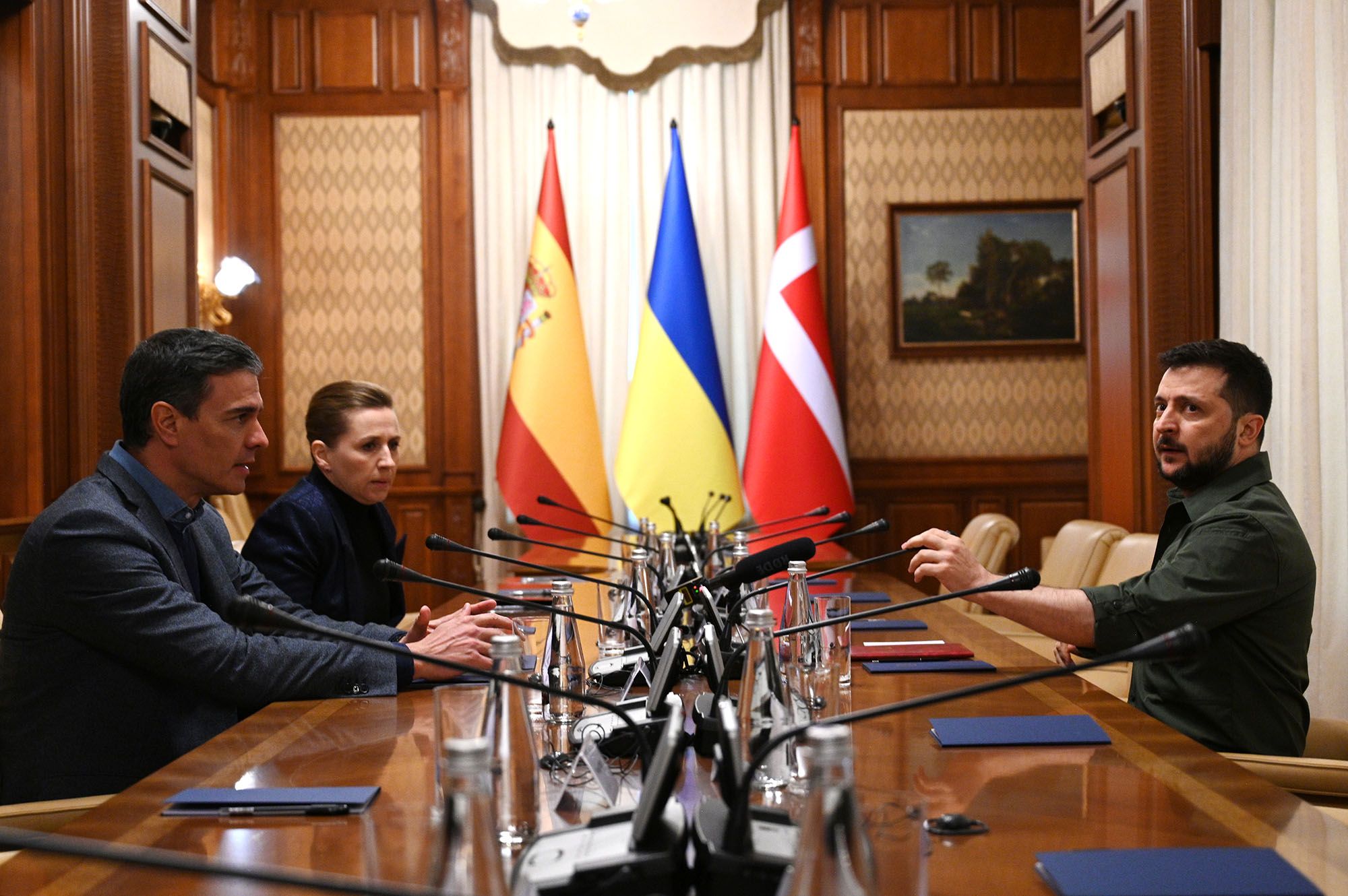 Pedro Sánchez has conveyed to Volodímir Zelenski, on behalf of the Government and the people of Spain, “our deepest condolences for the loss of innocent Ukrainian lives” and has insisted that Spain will continue to condemn in the strongest terms the brutal and unjustified aggression against Ukraine and will continue to provide “all the help that is in our hands”.

This trip by Pedro Sánchez, the first by a Spanish Prime Minister to Ukraine on the 30th anniversary of the establishment of diplomatic relations, has a twofold objective: “to convey our full support to Ukraine in these difficult times and to warn President Putin of our firm determination to condemn this unjust and unjustified war”.

During the joint intervention, Sánchez announced that Spain has just sent 200 tons of military material, the largest shipment made by our country so far, which doubles the volume delivered so far. With regard to humanitarian aid, the President of the Government specified that, of the 31 million euros committed by Spain, 7 million euros will be dedicated to reinforcing the protection of women and minors through UNICEF and the United Nations Population Fund. Pedro Sanchez also confirmed that our country will reopen its Embassy in Kiev.

President Sánchez informed that Spain, one of the more than 40 countries that have supported the investigation of war crimes and the fight against impunity in Ukraine, will make available to the International Criminal Court a multidisciplinary team composed of 8 experts from the Ministry of the Interior, as well as 39 forensic doctors for field work from different Autonomous Communities, and forensic personnel and physicians for laboratory work from the Ministry of Justice. The objective is to contribute to the investigation of alleged war crimes, genocide and crimes against humanity in Ukraine. This team will collaborate in the collection and analysis of evidence that will help in the identification of the victims, the explosive material used, and the techniques employed; as well as in the identification of the perpetrators of the events under investigation.

Spain supports Ukraine since the beginning of the invasion

From the outset, Spain has condemned Russia’s invasion of Ukraine and has supported the implementation of sanctions approved by the European Union, which is currently working on the sixth package of sanctions.

The figures of the humanitarian crisis continue to rise, with more than 5 million refugees. As highlighted by the head of the Executive, “the Spanish people have once again demonstrated their solidarity with those who need it most” and continue with their work of reception in the centers in Madrid, Barcelona, Alicante and Malaga set up for this purpose. In fact, Spain is the 6th country in the EU that has received the most displaced people, more than 137,000 people, of whom more than 66,000 have already benefited from the temporary protection regime.

The Prime Minister stressed to Zelenski:

“I am aware that the needs are enormous, and Spain is committed to help. For this reason, we will continue to provide all our support to Ukraine.” 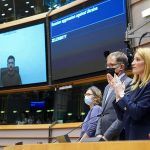