PCR and rapid tests for coronavirus diagnosis. How do they work, and how do they differ?

Inicio » EU News » PCR and rapid tests for coronavirus diagnosis. How do they work, and how do they differ?

The diagnosis of coronavirus infection has been made since the beginning of the epidemic thanks to the PCR test; this technique has been complemented by rapid diagnostic tests, which are easier to use and allow results to be obtained in 15 minutes from the person’s home 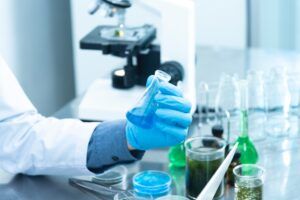 PCR (Polymerase Chain Reaction), which is commonly and routinely used in the microbiology laboratories of hospitals, research centres and universities, is based on the heat stability characteristics of a polymerase enzyme, the discovery and subsequent application of which earned Kari Mullis and Michael Smith the 1993 Nobel Prize in Medicine.

This technique locates and amplifies a fragment of genetic material, which in the case of the coronavirus is an RNA molecule.

The researcher of the Virology Area of the National Center of Microbiology of the Carlos III Health Institute (ISCIII), Inmaculada Casas, who is part of the Coronavirus Technical Scientific Committee, points out that, if after the analysis in a Microbiology laboratory of a respiratory sample from a person suspected of being infected, the test detects RNA of the virus, the result is positive and it is confirmed that the person is infected by SARS-CoV-2. If the PCR technique does not detect the genetic material of the virus, the person would not be infected; when there is significant clinical suspicion, another test should be performed to ensure that the patient is not infected with the virus.

PCR has a certain degree of complexity and therefore requires trained and prepared personnel. It has some basic characteristics which are:

Since the beginning of the epidemic, diagnosis has been made using PCR techniques. Now they are starting to test using a second battery of techniques, the aforementioned rapid diagnostic tests, which allow us to know in 10-15 minutes -PCR takes several hours- whether a person is infected or not.

Why hasn’t this technique been used before?

It has not been possible to develop antibodies until a good number of infected patients have been counted in order to characterize them; PCR, being a direct diagnostic test, has been possible from the first moment the virus was sequenced.

The CNM expert points out that, unlike PCR, these rapid tests do not identify the virus RNA, but detect either antibodies produced against the virus using a blood sample, which is another way of knowing whether the patient is or has been infected, or virus proteins present in respiratory samples of nasopharyngeal exudate.

In addition to speed, these tests have another very important advantage at the present time as they can be performed at the home of a suspected case, always supervised by a health professional. They are based on a paper immunochromatography, that is, a platform that has ‘stuck’ the virus proteins to detect antibodies or specific antibodies to detect the virus proteins. It works similarly to a pregnancy test.

Thanks to these rapid tools, it will be possible to improve screening in the population and limit PCR tests only to those patients who, with symptoms, give a negative result through the rapid tests, which will free up professionals and resources in the National Health System.