An EU-funded initiative has developed a scalable and sustainable alternative to herbicides for weed control, based on the use of electricity. 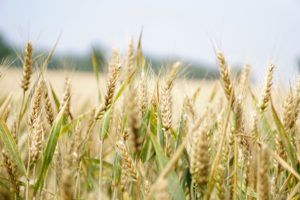 As the world’s population increases there is a growing need to control weeds to protect agriculture, infrastructure and for aesthetic reasons. This market is currently dominated by herbicide manufacturers, but they are increasingly under pressure from regulators and litigators, due to concerns over herbicide effects on human and the environment.

The UbiqutekGlide project addressed these challenges by developing an environmentally friendly technology. This can be integrated into existing agricultural equipment to effectively kill the weeds growing between vegetables and other arable crops without the use of chemicals, to give a truly organic result.

Using electricity to kill weeds is not a new idea but previous technology was cumbersome, expensive and dangerous. In contrast, UbiqutekGlide is safe, easy to use and cost-effective. “Our technology will boil weeds inside out from the root upwards to solve different weeding problems in various crop types,” says James Holdgate, project coordinator and Chief Operating Officer of Ubiqutek, a UK-based SME.

Researchers used modern electronics to miniaturise the technology, integrating it into a weeding platform that uses established vision know-how to automatically see and kill weeds without touching the crops.

The device is one tenth of the size, weight, and cost of the previous technology. “It includes safety features that make it suitable for the mass market and can be powered from a tractor or a battery, which ensures it is compatible with both existing weeding platforms and the next generation of autonomous agricultural robots,” comments Holdgate.

UbiqutekGlide is an organic technology that does not use water, can be powered from renewable sources of energy and requires no tillage. It therefore reduces carbon emissions and soil erosion, permitting sustainable agriculture. According to Holdgate: “Farmers will be able to sustain productivity, while consumers will benefit from inexpensive food which can be grown without herbicides. Hence, the environment will be protected from chemical toxins polluting the soil, water and air.”

The project will therefore benefit agriculture by successfully controlling weeds, whilst reducing operational costs and the industry’s use of herbicides and replacing them with an organic process that maintains soil moisture and nutrients and increases crop yield.

More information on the Agriculture and Fishery Section 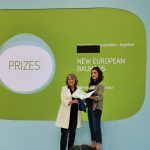 “Less is more” : the Bauhaus spirit

“Less is more” : the Bauhaus spirit