The Commission decided to launch two new pilot actions to involve citizens more when rolling out cohesion projects on the ground. 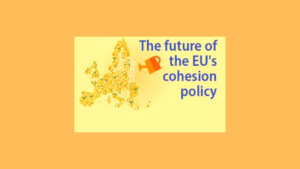 The aim is to support active involvement of citizens and civil society organisations in the way the EU funds are planned, invested and monitored, to ultimately ensure better results. Under these pilot actions, managing authorities of the Cohesion funds and civil society organisations will receive expert advice and support to develop the necessary knowledge and skills for rolling out the cohesion projects.

Under the first pilot action, authorities managing EU funds will receive top class expertise from the Organisation for Economic Cooperation and Development (OECD) and tailored assistance in setting up new initiatives to involve citizens and promote transparency and accountability. The call for managing authorities who want to participate in this initiative is open as of today and the details are available on the website.

Under the second pilot action, the Commission will set aside €250,000 in “grassroots” financing to support innovative ideas and initiatives for promoting citizen engagement coming from smaller and local civil society organisations in particular. The goal will be to test new approaches of citizen engagement and stimulate, promote and support citizen engagement in Cohesion Policy for a better implementation of the projects and a stronger sense of ownership of their results among citizens. The call for organisations to submit ideas will be opened in the next weeks. It will take into account feedback from the organisations at the conference on their needs to play an active role on co-creation of policies, participation and monitoring.

The two actions will be carried out for 12 months and their results will be disseminated through a report and a vademecum on the lessons learnt from the different projects as well as tips on how to engage citizens more in Cohesion Policy. The aim is to promote similar initiatives in Cohesion Policy programmes under the next long-term EU budget 2021-2027.

With more than €350 billion total budget, Cohesion Policy is the EU’s main investment policy and one of its most concrete expressions of solidarity. Sound institutions and good administrative capacity are key for the success of these investments. Citizens have an important role to play in making public authorities more transparent and accountable and in making public investment more efficient and effective.

Against this background, the European Commission is organising a High-Level Conference on the issue of Engaging Citizens for Good Governance in Cohesion Policy on 6 February 2020, in Brussels. The aim of the Conference is to examine what initiatives under Cohesion Policy have worked to strengthen citizen engagement and to get inspiration for Cohesion Policy from examples of citizen participation in other contexts. An open and transparent debate with all involved parties will make it possible to take a users’ perspective on how to bring Cohesion Policy closer to citizens. The conference will take place under the political leadership and with the participation of Commissioner for Cohesion and Reforms, Elisa Ferreira.