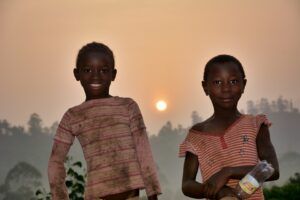 MEPs deplore human rights violations and all forms of political repression in Brunei, China and Cameroon.

MEPs strongly condemn the entry into force of the Sharia Penal Code in Brunei that introduces the death penalty by stoning for consensual same-sex acts, extramarital sex and abortion, as well as amputation for stealing, for both adults and children. They express concern that while many countries are decriminalising consensual same sex acts, Brunei has become the seventh country to punish them.

China must stop arbitrary detentions of religious and ethnics minorities

Parliament is concerned about the increasingly repressive regime that many religious and ethnic minorities, such as Uyghurs, Kazakhs, Tibetans and Christians, are facing in China. The situation is rapidly deteriorating, placing additional restraints on their fundamental rights. It calls on the Chinese Government to put an end to arbitrary detentions, without any charge, trial or conviction for criminal offence, of members of the Uyghur and Kazakh minority and Tibetans.

According to the United Nations estimates, China has put in place an extrajudicial detention programme, currently detaining “from tens of thousands to upwards of a million Uyghurs’” who are forced to undergo political “re-education”. MEPs are also concerned about the information that the Xinjiang camp system has expanded into other parts of China and, in this regard, urge China to close all detention centres and to release the detained persons immediately and unconditionally.

As this year, Cameroon’s security forces violently supressed opposition protests and arrested around 200 opposition supporters, including political leader Maurice Kamto, MEPs condemn the use of such force, call for an independent and transparent investigation into the conduct of the police and security forces against protesters and the immediate release of all detainees held on politically motivated charges. They also want the country’s government to confirm that it will not seek the death penalty for political activists and protesters, while recalling that such punishment has not been used in Cameroon since 1997.

Parliament also urges the government in Cameroon to initiate a consensual review of the country’s electoral system, with the aim of ensuring a free, transparent and credible electoral process. Cameroon’s current President Paul Biya has been in power since 1982, which makes him one of the longest ruling presidents in the world. Since the last presidential elections in 2018 were marked by suspicions of fraud and the reporting of irregularities, MEPs insist that a review of the electoral system takes place before any further elections are held, in order to promote peace and avoid post-electoral crisis. 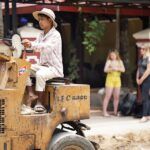