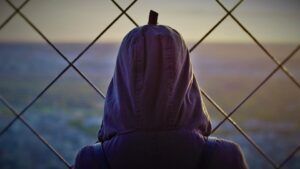 In a resolution adopted on Thursday, the European Parliament calls for a new sanctions regime to be established at EU level to impose asset freezes and visa bans on individuals involved in grave human rights violations. The list should include state and non-state actors who have contributed, physically, financially or through acts of systemic corruption, to such abuse and crimes, worldwide.

The new sanctions regime would strengthen the EU’s role as a global human rights actor and should symbolically carry the name of Sergei Magnitsky, MEPs say.

Mr Magnitsky was a Russian tax accountant investigating corruption who died in a Moscow prison in 2009, having endured inhumane conditions and torture. Similar legislative frameworks are already in place in the United States, Canada, and several EU countries, namely in Estonia, Latvia, Lithuania and the United Kingdom.

Council should decide by a qualified majority

The European Parliament has also repeatedly asked for a mechanism for sanctions to be introduced to punish individual culprits of human rights atrocities, and the proposal is now gaining momentum, after the Dutch Government initiated a discussion on it among EU member states in November. The proposal is currently being considered, at working group level, in the Council.

MEPs finally welcome the proposal made by the President of the Commission to move beyond unanimity voting, in Common Foreign and Security Policy (CFSP) areas in Council decision-making. In this context, they urge EU member states to adopt this new sanctions instrument so that a qualified majority in the Council may adopt human rights sanctions.

The sanctions regime, under discussion, is inspired by the US Magnitsky Act, which was signed by President Barack Obama in December 2012, with the aim of targeting the Russian officials deemed responsible for the death of Russian tax lawyer Sergei Magnitsky.

EU sanctions have already become an integral part of the EU’s external relations toolbox in the past two decades. Over 40 different restrictive measures are currently in place against individuals in 34 countries. An estimated two thirds of EU country-specific sanctions have been imposed, in support of human rights and democratic objectives.