Ministers are outlining the priorities of the German Presidency of the Council of the EU to parliamentary committees, in a series of meetings.

Germany holds the Presidency of the Council until the end of 2020. The first series of hearings is taking place from 3 to 16 July. A second set of hearings will take place in September. 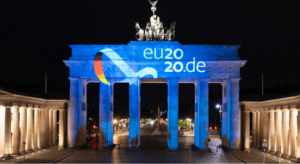 The priorities of Germany’s presidency are driven by its motto:

“Together for Europe’s recovery”

On Friday 3 July, Franziska Giffey, Minister for Family Affairs, Senior Citizens, Women and Youth, told the Women’s Rights Committee that the presidency has two main priorities on gender equality. Firstly, to tackle the lack of equality between men and women on the labour market, notably by presenting an Equal Pay Directive in November. Secondly, to put an end to all forms of gender-based violence, notably by pushing for the Istanbul Convention to be ratified by all member states, and establishing a single, European-wide helpline for women in emergency.

On Tuesday 7 July, Environment, Nature Conservation and Nuclear Safety Minister Svenja Schulze said that the German priorities include agreeing on the climate law with a 2030 target, an EU biodiversity strategy, the circular economy including extending the lifespan of products, and digitalisation. How to get the EU recovery package in line with the EU Green Deal, Climate Law, MRV shipping, forest and agricultural policies including animal welfare were some of the issues raised by MEPs.

On 7 July, Economic Affairs and Energy Minister Peter Altmaier highlighted that the recovery fund is crucial in emerging from the COVID-19 crisis. Strengthening the single market through digitalisation will also be high on the agenda. Mr Altmaier told MEPs that the presidency will support the development of data infrastructure for European initiative Gaia-X, aiming to improve interoperability, availability and storage of data within the EU.

The presidency will also aim at protecting consumers from hate speech, disinformation and unsafe products, addressing the challenges posed by artificial intelligence (AI) and will focus on effective enforcement of EU consumer laws, Justice and Consumer Protection Minister Christine Lambrecht ensured the committee.

MEPs’ questions focused on the presidency’s views on regulating online platforms, in particular on the upcoming Digital Services Act, competition rules and the EU’s digital and industrial sovereignty, the green and digital transitions, support for SMEs, the diversification of supply chains, and the options for regulating AI, amongst other topics.

On Tuesday 7 July, Justice and Consumer Protection Minister Christine Lambrecht talked about how the repercussions of the COVID-19 crisis on the restrictions to freedom of expression, rule of law and the increased spread of disinformation and hate speech online must be tackled. She confirmed that the future framework for AI, the intellectual property rights strategy, digitalisation of justice, and corporate social responsibility will be the main focus of upcoming meetings.

The Committee Chair welcomed the ambition shown by the Presidency and highlighted that the next six months will be crucial for the future of Europe and will shape the rest of the Parliament’s term. Several MEPs talked about the lack of coordination and interoperability of COVID-19 tracing apps, the independence of the judiciary in the upcoming rule of law mechanism, the priorities of the Digital Services Act and reiterated the need to finally break the deadlock on the ‘women on boards’ and ‘country-by-country reporting’ files in the Council.

The presidency of the Council of the EU