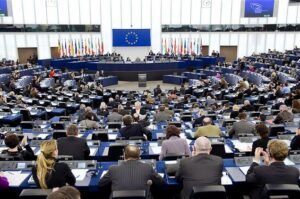 The election of the new president of the European Commission will be the highlight of the upcoming plenary session in Strasbourg on 15-18 July.

Vote on the president of the European Commission

On Tuesday morning, Ursula von der Leyen (Germany, EPP), the candidate nominated by the European Council, will outline her vision and plans for the next five years and debate them with MEPs. They will vote on her candidacy on the same day.

If she gets the backing of an absolute majority (50% plus one), Von der Leyen will become the first female Commission president.

Two commissioners have stepped down to take up seats in Parliament and MEPs are likely to vote on their replacements on Thursday. The hearings on Estonian and Romanian commissioners-designate Kadri Simson and Ioan Mircea Paşcu will take place on Wednesday.

MEPs will review the results of the Romanian rotating presidency of the Council of the EU, which ended in June, with Prime Minister Viorica Dăncilă on Tuesday. Finland took over the presidency on 1 July and Prime Minister Antti Rinne will present its priorities on Wednesday morning.

On Wednesday, Parliament will vote on how many MEPs sit in each inter-parliamentary delegation. The delegations maintain relations with representatives of other countries, regions or organisations to promote the EU’s core values.

In the wake of recent events in the Mediterranean, Parliament will debate humanitarian assistance on Wednesday, notably EU countries’ diverging positions.