On 9 May 2019, EU leaders will meet in Sibiu, as suggested by President Juncker in his 2017 State of the Union address, to discuss the EU’s next strategic agenda for the period 2019-2024. 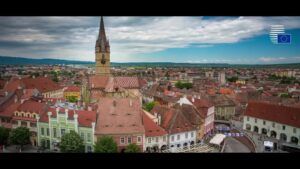 They will exchange views on the challenges and priorities for the EU for the years to come. The current agenda was agreed in June 2014 by the European Council and was shaped into the 10 political priorities of the Juncker Commission. Five years on, efforts to deliver on those priorities have brought tangible results for citizens, despite unpredicted difficulties along the way, which continue to pose serious challenges for our Union. Building on the policy recommendations for how Europe can shape its future presented last week, the Commission is today looking back at what has been accomplished over the past five years.

The Juncker Commission’s 10 priorities focused on the things that matter most to Europeans: bringing back jobs, growth and investment, strengthening social fairness, managing migration, mitigating security threats, unlocking the potential of the digital and energy transitions, making the EU a stronger global actor, and reinforcing transparency and democratic legitimacy.

Last week, the European Commission set out a number of policy recommendations for how Europe can shape its future in an increasingly multipolar and uncertain world. The Commission recommended that the EU’s strategic agenda for 2019-2024 focus on 5 key dimensions:

EU27 leaders meeting in Sibiu can now draw on this to set new policy orientation and new priorities for the EU ahead of the European Parliament elections on 23-26 May 2019 and the change of political leadership of the EU institutions that will follow.

President Juncker will represent the European Commission at the informal meeting of EU27 Heads of State or Government in Sibiu on 9 May 2019. Preceding this, he will participate in a citizens’ dialogue alongside Romanian President Iohannis at 18:00 CET on 8 May 2019.

Commissioners Thyssen and Navracsics will also be in Sibiu, Romania to open the Youth Event ‘Let’s shape the future of Europe together’ and attend the Award Ceremony of the #MySocialEurope photo competition. Commissioner Navracsics will also hand over awards to the monthly winners of the photo contest ‘My magical European Solidarity Corps moment’.

Related document: White Paper on the Future of Europe

Related Video: Coming up: Informal Meeting of Heads of State or Government in Sibiu