Although separated by 14,000 kilometres, the two continents work closely together on dozens of projects aimed at providing solutions to major real-world challenges. The EU’s Horizon 2020 programme has invested approximately €5.9 million in European-Australian research and innovation. 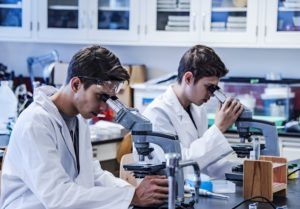 Europe and Australia may be – geographically speaking – the antipodes of the other side, but they are on the same page when it comes to scientific research. The European Union is one of the main drivers of scientific research worldwide, and is currently working with Australian institutions on dozens of projects aimed at providing solutions to major real-world challenges. The EU’s Horizon 2020 programme has invested approximately €5.9 million in Australian research and innovation, and more than 600 Australian researchers have participated in EU-supported projects. Here are five of the most innovative scientific initiatives between Europe and Australia.

Making wine in a world that warms up

Climate change affects our world in many ways, one of which is affecting one of humanity’s oldest activities: growing grapes to make wine. Researchers from the University of Adelaide, along with researchers from the Italian universities of Sassari and Pisa are trying to import cultivation techniques into Australia that delay ripening.

In the 1970s, the now-defunct Concorde pioneered supersonic flights. Now, a project led by the European Space Agency in collaboration with UNSW Canberra aims to make a big leap forward: to build passenger planes capable of reaching hypersonic travel speeds, which means five times faster than sound. The final objective of the High-speed Experimental Fly (HEXAFLY) project is to build aircraft that can cover the distance between Brussels and Sydney in less than three hours.

Somewhere in a desert area of Western Australia, 133,000 radio telescope antennas are about to be built. This will be only the first phase of Square Kilometre Array (SKA), a project partially funded by EU Horizon 2020 that aims to build the world’s largest and most sensitive radio telescope, capable of picking up radio signals from the moment the universe’s first stars were formed.

Carbon fibre composites can be used to manufacture almost everything from airplanes and high-end racing cars to sports equipment. However, current demand is so high that current methods of producing them cannot keep pace. So far. A European-Australian project is developing a way to print 3D carbon fibre on an industrial scale, which will create “new, intelligent and flexible manufacturing processes for everything from soft drinks to aerospace components”.

Great Data to Understand Cancer and the System immune

David Lynn, an Irish-born researcher at the South Australian Health and Medical Research Institute (SAHMRI), conducts groundbreaking research that combines computational and large data analysis with experimental approaches to unravel biological networks at the molecular level. Its ultimate goal: to uncover the secrets of cancer and the immune system by hiding in numbers. 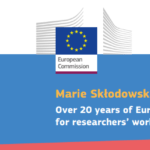