A detailed review of progress will be presented at the main EU side-event co-hosted with Finland on Thursday 18 July. During the week, Commissioner Mimica will also participate in an event organised jointly with France addressing the links between inequalities and climate change; an event on clean energy transition co-hosted with Ethiopia, the UN Department of Economic and Social Affairs and the International Renewable Energy Agency; an event of the International Labour Organisation to accelerate efforts to end forced labour; and an event hosted by Iceland and Malawi on bridging the gap between education and youth employment. 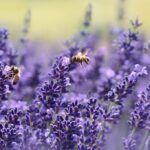