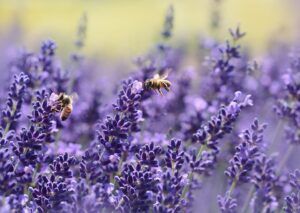 The Citizens’ Initiative focuses on the creation of mandatory targets ‘to make the promotion of biodiversity an overall objective of the common agricultural policy; to dramatically cut the use of pesticides, ban harmful pesticides without exception and reform eligibility criteria; to promote structural diversity in agricultural landscapes; to effectively reduce nutrients (e.g. Natura 2000); to effectively establish conservation areas; to intensify research and monitoring and improve education.’

Under the Treaties, the EU can take legal action in areas such as the internal market, agricultural policy as well as the protection of public health and the quality of the environment. The Commission therefore considers the initiative legally admissible and decided to register it. The Commission has not analysed the substance of the initiative at this stage.

The registration of this initiative will take place on 27 May 2019, starting a one-year process of collection of signatures of support by its organisers. Should the initiative receive one million statements of support within 1 year, from at least 7 different Member States, the Commission will have to react within 3 months. The Commission can decide either to follow the request or not, and in both instances would be required to explain its reasoning.

In December 2018, the European Parliament and the Council agreed on the reform and the revised rules will start applying as of 1 January 2020. In the meantime, the process has been simplified and a collaborative platform offers support to organisers. All this has contributed to 14% more registered Citizens’ Initiatives (34 registrations during this Commission vs. 29 in the previous) and 80% fewer refusals (only 4 Citizens’ Initiatives not registered during this Commission vs. 20 in the previous Commission).

Once formally registered, a European Citizens’ Initiative allows one million citizens from at least one quarter of EU Member States to invite the European Commission to propose a legal act in areas where the Commission has the power to do so.