Europe is embarking on a transition towards climate neutrality and digital leadership. European industry can lead the way as we enter this new age, as it has done in the past.

To this end, significant events are highlighted in this agenda: 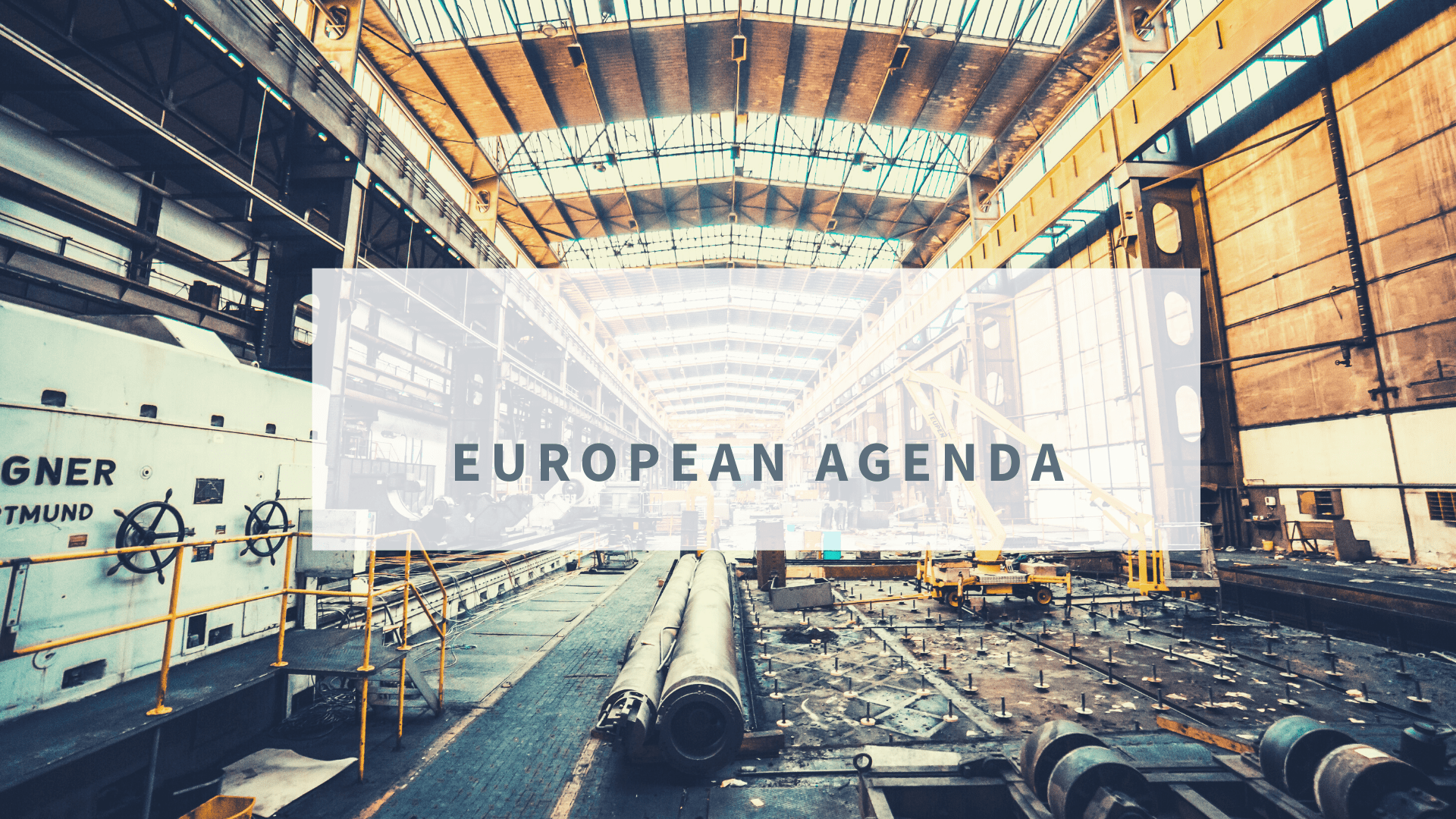 The Minister of State for the Economy and the Digital Transition, Pedro Siza Vieira, accompanied by the Secretary of State for Tourism, Rita Marques, will be chairing an informal video conference of European Union Ministers of Tourism on Monday next, 1 March, at 09h00 (Lisbon time).

The aim of this informal meeting in virtual format is to discuss the current situation in this sector in the EU and reflect on a set of measures aimed at its recovery. As it is decisive for the future of tourism, the joint effort being made by the Member States will also be addressed. The aim is to restore the confidence of travellers as we gradually come to grips with the pandemic, particularly through the ongoing coordinated vaccination campaigns and clear, coordinated measures for restricting movement.

Also taking part in the meeting will be the European Commissioner for the Internal Market, Thierry Breton, the Secretary-General of the United Nations World Tourism Organisation, Zurab Pololikashvili, and the President of the World Travel and Tourism Council, Gloria Guevara Manzo.

On 23 February, Ana Mendes Godinho, Portuguese Minister of Labour, Solidarity and Social Security, presented the programme of the Portuguese Presidency of the Council of the EU in the area of employment and social affairs. The EMPL Committee voted on the draft report on the European Semester: Employment and social aspects in the Annual Sustainable Growth Strategy 2021, on six draft opinions on 2019 discharge and on the draft opinion on general guidelines for the 2022 budget.

Members held an exchange of views with stakeholders on Amending Directive 2004/37/EC on the protection of workers from the risks related to exposure to carcinogens or mutagens at work. They also discussed the amendments tabled to the draft report on the same topic and the amendments to the draft opinion on “Fishers for the future: Attracting a new generation of labour to the fishing industry and generating employment in coastal communities”. The Commission presented a delegated act supplementing the Regulation establishing a common framework for European statistics, by specifying the number and titles of the variables for the data set in the education and training domain.

Ministers held a policy debate on how national recovery and resilience plans can best be used as an instrument for delivering on industrial policy goals: strengthening the Single Market, the twin transitions and the strategic autonomy in an open EU.

It was stressed that a well-functioning Single Market and fair competition are the main preconditions for Europe to come out stronger and more resilient from the COVID-19 crisis. Ministers underlined the importance of ensuring the free flow of goods and services for the smooth functioning of the Single Market. They stressed the need for coordination between member states before establishing temporary control measures at the internal borders within the EU.

The EU’s strategic autonomy must also remain high on the agenda. The EU needs to reduce dependencies in critical sectors and products such as vaccine production and semi-conductors. At the same time, a large number of ministers pointed out that the EU economy is built on the principle of open markets and relies on multilateral rules and a solid network of free trade agreements with global partners. However, they also emphasised the importance of upholding a global level playing field and making fair and firm use of existing trade instruments to protect EU businesses and consumers from unfair practices by non-EU competitors.

Several ministers stressed that consumers’ trust and transparent consumer information are important elements for the recovery of Europe’s economy after the COVID-19-crisis. Some ministers pointed out the importance of fighting against built-in obsolescence and promoting the right to repair, in order to encourage sustainable consumption.

Ministers held an exchange of views (public session) on how to take the proposed directive forward.

A clear majority of ministers were of the view that the latest consolidated presidency proposal is technically mature. They invited the Portuguese presidency to seek a negotiating mandate without delay in order to explore with the European Parliament the possibility of a deal for the swift adoption of the directive.

February 24, European Parliament: Put social priorities at the core of recovery in Europe

In a vote on Tuesday, MEPs of the Social Affairs and Employment committee have reiterated the importance of the social dimension in this year’s Annual Sustainable Growth Strategy.

The consequences of the COVID-19 pandemic – which has resulted in a decrease of the number of persons at work and a reduction of the number of hours worked for those that are employed – has made tackling unemployment in the European semester even more important. MEPs say. In the report, MEPs call on the Commission and the Member States to develop a quality employment package, which includes among other things legislative initiatives aimed at improving wages and protecting decent working conditions for all.

The pandemic has also exacerbated health and social inequalities and consequently the poverty rate is predicted to increase. In the national Recovery and Resilience plans that are currently developed, social progress reports should be included and member states should provide a detailed explanation of how the plan contributes to the implementation of the European Pillar of Social Rights (EPSR). MEPs underline that to adequately monitor this process, there should be indicators for quality employment, upward social convergence, education and skills, and investing in health, nutrition and housing for children and youth.

The reported was adopted by 40 votes in favour, 7 against and 8 abstentions.

February 21, European Parliament: How MEPs want to tackle in-work poverty in the EU

On 10 February 2021, Parliament adopted a resolution on reducing inequalities with a special focus on in-work poverty, calling the European Commission and the Member States to include the prevention and tackling of in-work poverty in their overall goal to eradicate poverty in the EU.

MEPs want action on minimum wages and support for those most at risk, including women and gig economy workers.

Nearly 10% of EU workers are living in poverty, with 21.7% of the population affected by poverty or social exclusion. On top of this, the pandemic risks exacerbating inequalities in the EU.

February 11, European Parliament: Statement by the co-rapporteurs on the proposal for a directive on adequate minimum wages

The Committee on Employment and Social Affairs appointed two lead MEPs to prepare its position on the directive on adequate minimum wages in the European Union.

“Every worker in Europe should earn a decent living. The sad reality, however, is that work no longer pays for far too many people. We urgently have to tackle in-work poverty. During the pandemic, frontline workers like supermarket staff, home carers, postal workers and child minders kept our societies afloat. It is high time to value their work better; hence, minimum wages have to be fair.

The best way to ensure fair wages and decent working conditions is to strengthen social partners and social dialogue. More workers should be covered by collective agreements, and we need to invest in building the capacity of trade unions across Europe. The proposed directive on minimum wages provides us with the chance to do so.

We need real wage growth, we need to stop the downward spiral of unhealthy competition on the cost of labour, and we need to realise upward social convergence for all. When a worker is not covered by a collective agreement, a minimum wage should ensure sufficient income to make ends meet. There should be no deductions from minimum wages, and exemptions must be kept to a minimum.

Decent wages are a fundamental part of the European Pillar of Social Rights. Now is the time to implement this principle and we are ready to seize this unique opportunity. We want to further strengthen the Commission’s proposal in collaboration with the shadow rapporteurs from the other political groups. We are counting on the Portuguese Presidency of the European Council to do the same. It is a historic opportunity for social Europe and a huge chance to take Europe to a new level politically.”