To improve the EUs preparedness and response to public health risks such as chemical, biological, radiological and nuclear (CBRN) threats, the Commission is building up strategic reserves of response capacities through the EU Civil Protection Mechanism. This includes a €540.5 million rescEU strategic stockpile, established in close collaboration with the Health emergency Preparedness and Response Authority (HERA). 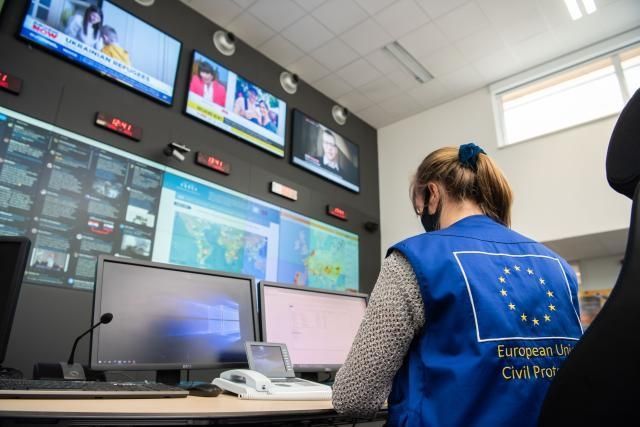 As an immediate first step, the EU has mobilised its rescEU medical reserve to procure potassium iodide tablets which can be used to protect people from the harmful effects of radiation. Already almost 3 million iodide tablets have been delivered to Ukraine via the EU Civil Protection Mechanism, with the help of France and Spain.

On this occasion Janez Lenarčič, Commissioner for Crisis Management said:

“We are taking concrete measures to increase Europe’s preparedness in the face of potential threats. We are setting up both a decontamination reserve and a new stockpile of equipment tailored to chemical, biological or nuclear emergencies. I am thankful for Member States in this effort. Our aim is to provide rapid response capabilities for our citizens if such an emergency ever occurs.”

“Health security needs preparedness. Preparing for chemical, biological, radiological and nuclear threats is an essential element in keeping our citizens safe, and a key element of a strong European Health Union. HERA is our watchtower and has been working around the clock to support EU actions through the Civil Protection Mechanism to provide preparedness support to Ukraine and our Member States.”

People may be exposed to CBRN agents as a result of unintentional disasters (eg. a chemical plant leak, nuclear power plant incidents, the spread of an infectious disease) or intentional incidents (eg. a terrorist attack). Being prepared to address the risks of such threats is a key part of the EU CBRN stockpiling strategy. The Commission is therefore developing under rescEU:

Extreme weather conditions and emerging threats, such as the coronavirus, but also CBRN incidents may overwhelm the ability of EU Member States to help each other, especially when several European countries face the same type of disaster simultaneously.

Following the activation of the EU Civil Protection Mechanism, rescEU provides an extra layer of protection and ensures a faster and more comprehensive response to disasters. The rescEU reserve is 100% EU-financed and the EU Commission maintains, in close cooperation with the country hosting the reserve, control of their operation. In an emergency, the rescEU reserve provides assistance to all EU Member States, Participating States to the Mechanism and can also be deployed to EU neighbouring countries.

The Health Emergency preparedness and Response Authority (HERA) has been set up to strengthen Europe’s ability to prevent, detect, and rapidly respond to cross-border health emergencies, be it natural or man made threat. HERA is doing so by funding the development, manufacturing and procurement of key medical countermeasures and equipment.