In 2017, 253 of the EU regions (90%) saw their employment grow. In 26 other regions, the number of people employed decreased and in a further 2 employment remained stable. 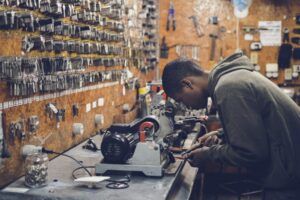 Growth in employment varied widely across the EU regions and within countries. The highest employment growth rates were recorded in Mayotte in France (+7.7%), Malta, Algarve in Portugal and Central Bohemia in Czechia(all +5.3%), followed by Herefordshire, Worcestershire & Warwickshire in the United Kingdom (+4.7%), SouthCentral in Bulgaria and Lisbon Metropolitan Area in Portugal (both +4.1%).

In 19 EU regions, the employment growth exceeded 3%. Three each of these regions were located in Spain, Portugal and the United Kingdom, two in Romania and one each in Bulgaria, Czechia, France, Cyprus, Luxembourg, Malta, Slovenia and Slovakia.

Related document: Study and work in the EU: Set apart by gender