This article presents data on emergency and commercial oil stocks in the European Union (EU). Crude oil and petroleum products play a very important role in the economy of the European Union and, given the oil import dependency of the EU, holding emergency oil stocks is very important for the energy security of the Union. Commercial stocks can also be fundamental in times of need and therefore are included in the assessment of the overall stock holding situation. 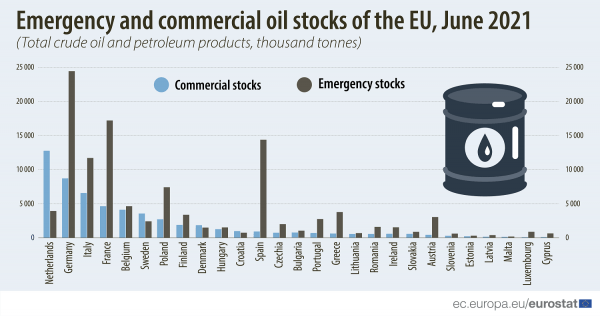 Crude oil and petroleum products play a very important role in the economy of the European Union, particularly in the transport sector and the petrochemical industry. Given their important role and the oil import dependency of the EU, holding emergency oil stocks is very important for the energy security of the Union. To guarantee these stocks, the relevant EU law, Council Directive 2009/119/EC imposes an obligation on Member States to maintain minimum emergency stocks of crude oil and petroleum products. Member States are required at all times, to maintain oil stocks equivalent to at least 90 days of average daily net imports or 61 days of average daily inland consumption, whichever of the two quantities is greater. Eurostat publishes the monthly emergency oil stocks levels in physical quantities as well as in days equivalent. 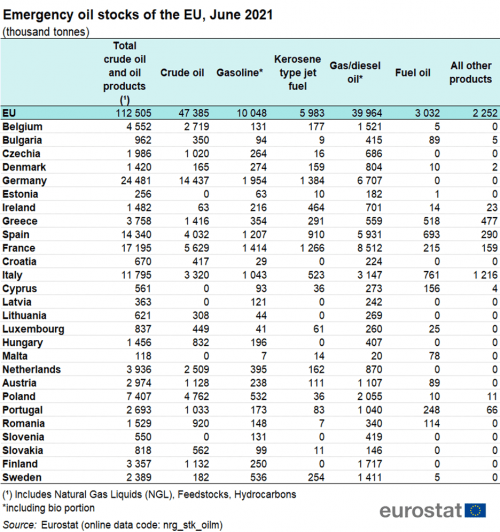 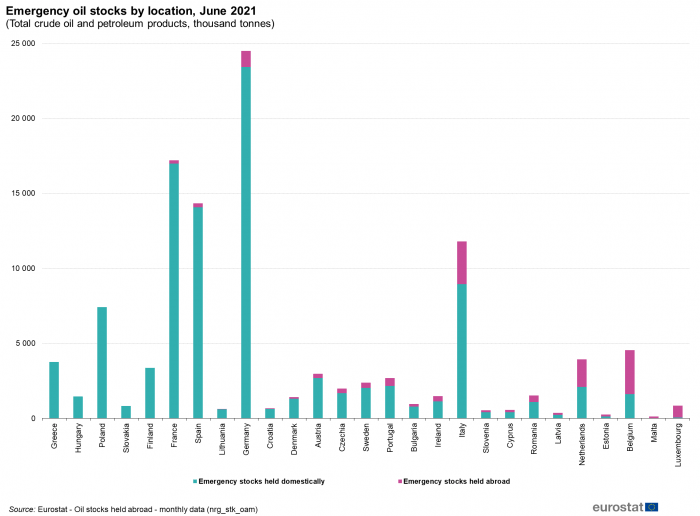 The method applied can change in July of each year, when the obligations are recalculated based on the production and imports/exports data of the previous year.

Table 2 presents the emergency oil stocks in days equivalent, according to the methods applied in the calculation. In June 2021, 25 Member States kept oil stocks based on net imports. Out of them seven Member States were below the 90 days requirement (marked in red below). Two Member States kept stocks based on inland consumption and both were above the required 61 days. Countries below their obligations must justify the situation and work on re-establishing the required levels. 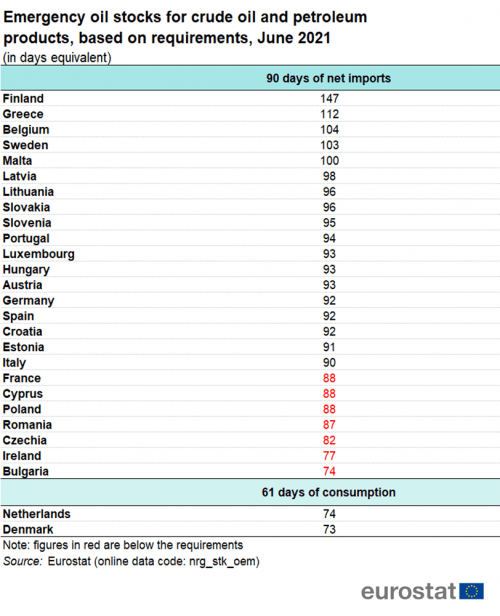 According to the Directive, countries must also report most of their commercial stocks, as they are physically available and might be called upon in a crisis. Specifically, they must report those stocks held by economic operators in the national territory for their own operational and commercial needs which therefore can be considered available, in addition to the emergency stocks, in case of need.

In June 2021, the commercial stocks in the EU were 55 145 kt and accounted for 33 % of the total stocks (167 651 kt) reported under the Directive. Figure 2 shows the situation in the different EU Member States. 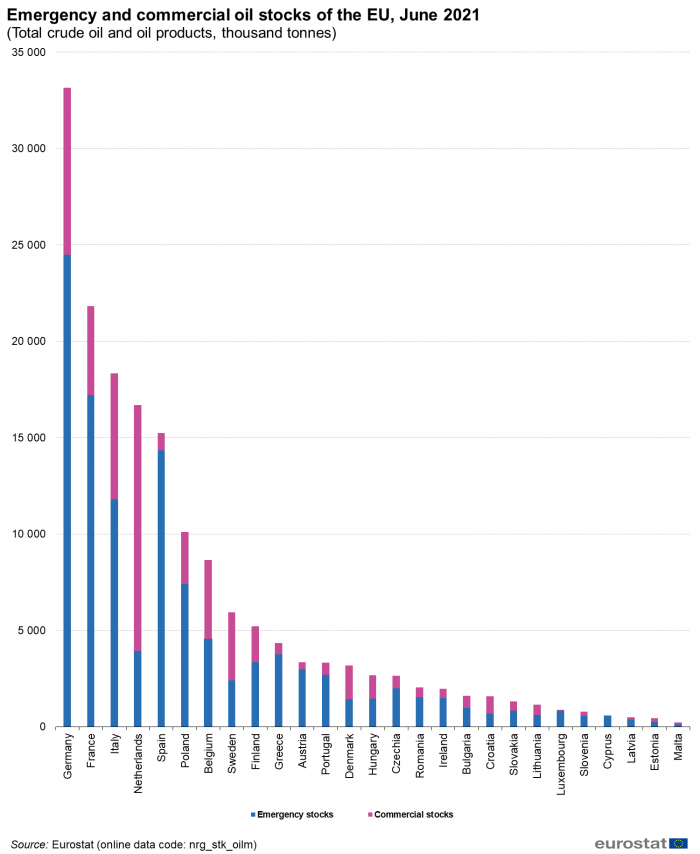 While emergency stocks are quite stable as they reflect obligations that are calculated on an annual basis, commercial stocks in the territory may fluctuate according to market trends.

In 2020, due to the COVID-19 related measures restricting movements and transport, the demand for several fuels decreased significantly (March 2020, April 2020, August 2020) and consequently stocks increased in many countries sometimes to the limits of maximum storage capacity. In June 2020, in the middle of the storage constraint period, in the EU (excluding data for Germany, the Netherlands and Sweden for lack of historical data) the commercial stocks had increased by 18.3 % compared with the same month in the previous year.

In the following months, the demand for oil products started slowly normalising and commercial stocks started adjusting arriving at – 8.4 % in June 2021 compared with the same month in 2020. These values remain volatile however, as they are influenced by many factors such as spot prices, OPEC+ decisions, policy announcements, and refineries’ choices. 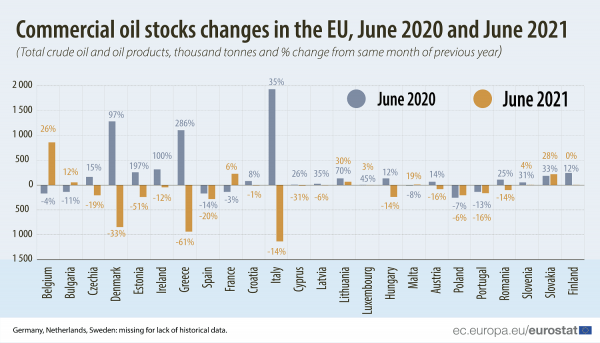