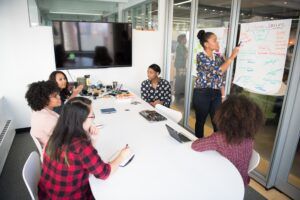 The EIB has provided Banca March with a €70m Investment Plan for Europe guarantee to support mid-caps and €100m in financing for SMEs.

The European Investment Bank (EIB) and Banca March are joining forces to provide financing on favourable terms for Spanish SMEs and mid-caps. EIB Vice-President Emma Navarro and Banca March CEO José Luis Acea signed two agreements today in Madrid enabling the Spanish company to provide up to €340m in financing to support the investments of small and medium-sized enterprises.

Firstly, the EIB has granted a €70m guarantee to Banca March on a portfolio of pre-existing loans to mid-caps. This guarantee will enable Banca March to build up a new loan portfolio of up to €140m. The agreement was made possible by the support of the Investment Plan for Europe, known as the “Juncker Plan”. This means that Banca March now has more resources to foster investment among mid-caps, especially investment focusing on innovation and projects promoting climate action.

Secondly, the EU bank has provided Banca March with €100m of financing – to which it will add a further €100m of its own funds – for expanding SMEs’ financing capacities. The two agreements signed today will enable SMEs and mid-caps to access €340m on favourable conditions, in terms of both maturities and interest rates.

Banca March CEO José Luis Acea said: “Banca March is dedicated to remaining a point of reference for companies, family businesses and business families, and to this end has a specialised range – unique in Spain – that drives the business-entrepreneur dynamic. These agreements with the EIB enable us to move forward with our firm commitment to bring the best and most appropriate financing options to companies via a specialist family-run bank.”

The European Investment Bank (ElB) is the long-term lending institution of the European Union owned by its Member States. It makes long-term finance available for sound investment in order to contribute towards EU policy objectives.

The Investment Plan for Europe is one of the European Commission’s top priorities. It focuses on boosting investment to generate jobs and growth by making smarter use of financial resources, removing obstacles to investment, and providing visibility and technical assistance to investment projects.

The European Fund for Strategic Investments (EFSI) is the main pillar of the Juncker Plan and provides first loss guarantees enabling the EIB to invest in more innovative projects.  EFSI has already yielded tangible results. The projects and agreements approved for financing under EFSI are expected to mobilise around €393.5bn in investment (including more than €42bn in Spain) and support some 945 000 SMEs in the 28 EU Member States.

More information on the results of the Investment Plan for Europe is available here.

Banca March heads a financial group that is among the biggest in Spain – and is also the only one to be completely family-owned. It was Europe’s most solvent bank in the two stress tests performed by the European Banking Authority (EBA) in 2010 and 2011, and currently has the lowest non-performing asset ratio in the Spanish banking sector and one of the highest levels of solvency in Europe. The strength of Banca March’s business model has also been recognised by credit rating agency Moody’s, which increased its long-term debt rating to A3, the highest level in the Spanish financial system. Banca March is one of the main shareholders of Corporación Financiera Alba, with major stakes in Naturgy (indirect), Acerinox, Indra, Ebro Foods, BME, Viscofan, Euskaltel and Parques Reunidos, among others.