Do it now or later? New research reveals the ideal deadline

Researchers looked into short, long and no deadlines to see which one works best.

Deadlines motivate us to complete tasks and keep from procrastinating. But how does the length of a deadline affect us in getting things done? While extending a deadline gives us more time to finish something, there’s also the risk that postponing until later will make us forget about it altogether. A study led by the University of Otago in New Zealand, together with researchers in Australia, Germany and Slovakia, set out to answer this question in an unconventional way. Lead author Prof. Stephen Knowles from the University of Otago explained that the research initially began because they were interested in assisting charities to raise more money. Participants completed an online survey on charitable giving that took under 5 minutes. To respond, they had 1 week, 1 month or no deadline. In total, 3 different mailings – one for each deadline – were sent out covering 1 092 people. The volunteers received a small monetary reward to donate to either World Vision or The Salvation Army.

Most surveys were completed in the first couple of days when no deadline was given. Specifically, findings showed that people usually replied quickly to no deadline or a 1-week deadline. The response rates were 8.3 % and 5.5 %, respectively. In contrast, the 1‐month deadline led to procrastination. The research was published in the journal ‘Economic Inquiry’. Prof. Knowles was surprised to receive the highest response rate when no deadline was given. “We interpret this as evidence that specifying a longer deadline, as opposed to a short deadline or no deadline at all, removes the urgency to act, which is often perceived by people when asked to help,” he commented in a University of Otago news release. “People therefore put off undertaking the task, and since they are inattentive or forget, postponing it results in lower response rates.”

To give or not to give? That is the question

Prof. Knowles suggests that by not giving a specific deadline, participants assumed that it was implicit. Can trying to show how urgent and important a deadline is actually be counterproductive? He indicates that the outcomes apply to any situation where someone asks another person for help. Nevertheless, he wants the findings to help curb people’s procrastination. “Many people procrastinate. They have the best intentions of helping someone out, but just do not get around to doing it.” “Appropriately selected deadlines can signal urgency and importance of the task, which increases the chance of completion as people are likely to get things done early on,” co-author Dr Maroš Servátka at the Macquarie Business School in Australia told ‘Science Magazine’. “This is particularly important in situations that do not feature natural reminders because once people postpone the task, they might forget about it.” Go ahead, try out the no-deadline challenge for yourself or on someone you know who is forgetful or distracted. Will you or they remember to write the report, send the email, pay the bills, study for the exam, feed the pet, do the laundry? 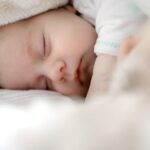 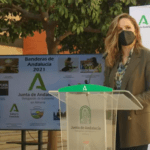