An EU-backed study has shown that the genetics of mother and baby contribute to very small and large birth weight. 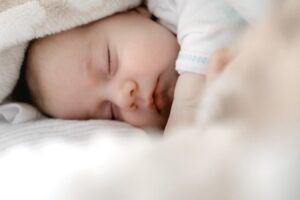 Genetics play an important role in small and large birth weight, according to a new study supported by the EU-funded DYNAHEALTH, LIFECYCLE, EDCMET, EUCAN-Connect and CAPICE projects. The study showed that the genetics of both mother and baby in most cases influence the size of babies born at full term when these babies are in the lowest or highest 10 % of the birth weight spectrum. However, results showed a more complex set of factors for babies with the lowest birth weights. After examining 190 common genetic variants affecting birth weight, the researchers found that in the smallest 3 %, other concerns – such as environmental or rare genetic factors – contribute to the birth weight of these very small babies. “This knowledge will help both parents and clinicians understand where they need to focus medical attention. Genetics played a lesser role in the three per cent of babies with the lowest weight, suggesting that other factors such as the health of the placenta, may have influenced their weight,” said lead author Dr Robin Beaumont of the University of Exeter Medical School in a press release.

Babies that are born very small or large at full term are at a higher risk of complications compared to babies born closer to the average weight. According to the study published in the journal ‘PLOS Genetics,’ babies whose birth weight is below the 10th percentile have a higher risk of unfavourable outcomes such as stillbirth. At the other end of the spectrum, babies whose birth weight is in the top 10 % have “a higher risk of obstructed labour, which can lead to complications for both mother and baby, including injury, neonatal hypoglycaemia and even fetal death,” the study states. To determine the extent to which maternal and foetal genetics influence birth weight, the research team calculated the genetic scores for birth weight in close to 12 000 babies and about 5 200 mothers of European ancestry. The scores showed the babies’ direct genetic contributions to birth weight as well as the mothers’ indirect contributions through the intrauterine environment. The mothers and babies were from two British studies (the Avon Longitudinal Study of Parents and Children and the Exeter Family Study of Childhood Health) and two Finnish studies (Northern Finland Birth Cohorts 1966 and 1986). “It’s important to identify reasons why babies are born with low birth weight as they are at risk of increased health problems in later life including diabetes and high blood pressure,” remarked co-lead author and clinician Prof. Sailesh Kotecha of Cardiff University in the same press release. “Our work … raises the possibility that genetics could be used alongside maternal and placental factors to identify those most likely to have fallen short of their growth potential,” he added. DYNAHEALTH (Understanding the dynamic determinants of glucose homeostasis and social capability to promote Healthy and active aging) ended in 2019. LIFECYCLE (Early-life stressors and LifeCycle health) and CAPICE (Childhood and Adolescence Psychopathology: unravelling the complex etiology by a large Interdisciplinary Collaboration in Europe) conclude in 2021. EDCMET (Metabolic effects of Endocrine Disrupting Chemicals: novel testing METhods and adverse outcome pathways) and EUCAN-Connect (A federated FAIR platform enabling large-scale analysis of high-value cohort data connecting Europe and Canada in personalized health) are 2 years into their 5-year duration.