An EU-funded project team is developing and testing smart nets, smart scanners and other technologies to help combat overfishing. 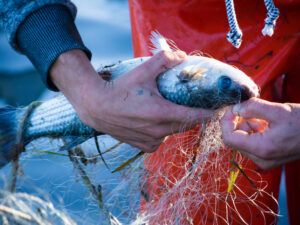 The growing consumer demand for seafood over the last few decades is depleting fish stocks in our seas and oceans. According to the Food and Agriculture Organization of the United Nations, in 2017 only 65.8 % of fish stocks were within biologically sustainable levels compared to 90 % in 1974.

The pressing need to address the problem of overfishing and illegal catches has led to efforts such as the EU-funded SMARTFISH project that is developing innovative technologies to reduce the fishing industry’s negative impact on marine life. “We want to, first of all, make sure that we have a way of finding out how much fish is in the ocean, how much can we harvest within sustainable limits,” stated senior research scientist Rachel Tiller of SMARTFISH project coordinator SINTEF Ocean in a recent video shown on CNN Business Evolved.

The technologies being developed to promote sustainable fisheries include an indoor pool that simulates the ocean, laser scanners that analyse fish stocks and 3D visualisation methods that create models of the seabed. CatchScanner is one of these technologies currently under development. It consists of laser technology, a 3D camera system and artificial intelligence to perform the analysis. Sending a fish through the scanner “builds up a 3D image and a colour image at the same time, and this is used by artificial intelligence to estimate the weight and the species,” explained SINTEF Ocean’s seafood technology research scientist John Reidar Mathiassen in the same video. “This then allows us to know exactly how much fish we are fishing so that we can address the quotas appropriately.”

Another innovation of the SMARTFISH project is a trawling net called SmartGear. The aim of this smart net is to attract only target fish species and make other species swim away. To do this, the net uses different coloured LED lights to attract the target fish, based on how these species react to light.

“It’s really important to understand that some of these technologies can be very expensive to put on board fishing vessels,” Tiller remarked in the video. “So in order for the fishers to want to have them on board, they need to see the benefit of this.” However, despite the expense, many fishing companies in Europe have shown interest in the SMARTFISH technologies, which show a lot of promise in promoting sustainable fishing. The technologies will be tested by European fishing industries. If successful, the project team hopes that it will lead to widespread adoption. “We’ll be better able to assess the stocks in general, we’ll be able to set regulations that are realistic and we’ll be able to have a better understanding of how sustainable we really are,” Tiller concludes.

The ultimate aim of SMARTFISH (Smart fisheries technologies for an efficient, compliant and environmentally friendly fishing sector) is for these technologies to be installed on board fishing vessels across Europe. The SMARTFISH systems will be tested in several different sea areas: the Norwegian Sea and Barents Sea, the Mediterranean Sea and Black Sea, west of Scotland and the northern North Sea, the southern North Sea, Celtic Sea and Bay of Biscay, and the Kattegat and Skagerrak straits.