Russia’s invasion of Ukraine has repercussions far outside Ukraine’s borders. Three months into Russia’s senseless and brutal aggression, the United Nations World Food Programm (UNWFP) is warning about a global hunger crisis and looming threat of famine – fallout from the war. 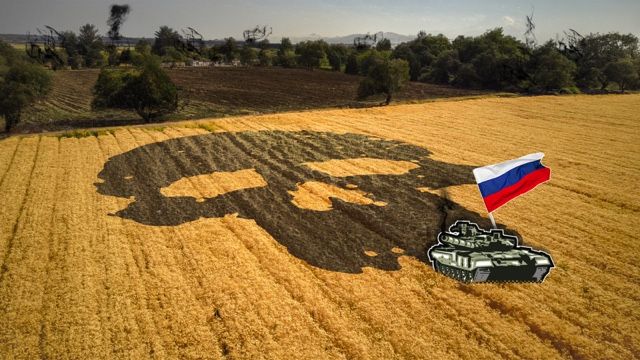 Known as the breadbasket of Europe, Ukraine has long been one of the world’s top agricultural producers and exporters. In its attempt to subjugate Ukraine, Russia has been targeting food storages, stealing harvest and farm equipment, destroying food processing and transport capacities in Ukraine and, crucially, blocking the Ukrainian ports in the Black Sea to prevent the export of Ukrainian grain.

Russia’s actions are directly destabilising global food markets, while Russian disinformation is exacerbating tensions in a bid to deflect blame and undermine global support for Ukraine.

The Kremlin’s disinformation ecosystem seeks to convince global audiences that international sanctions, imposed on Russia are to blame for the surge in food and fuel prices. Such messages have been circulated in multiple languages, in Europe, its neighbourhood and beyond and have been echoed by Chinese media, boosting their global reach.

In fact, international sanctions imposed on Russia target the Kremlin’s ability to finance its military aggression – the main cause of the looming food crisis – and not the agricultural sector. The sanctions have exemptions regarding export and transactions related to food and agricultural products.

Russia is also using diplomatic fora to allege that Ukraine is transporting grain to the EU, to pay the West for weapons supplies, illustrating once more that Russia’s diplomats have become part of the Kremlin’s disinformation machine (see a similar claim echoed by Chinese media). Russia’s elected officials too: according to the Chairman of Russia’s State Duma, instead of helping Ukraine, Washington is arranging a famine in Ukraine. Similar disinformation messages allege that it is Ukraine which is blocking ships in its own ports  – a claim debunked by Ukrainian fact-checkers.

For the Russian-speaking audiences, pro-Kremlin outlets have something even more insidious in place. Throughout the years, disinformation outlets have consistently denied the Holodomor, a man-made famine engineered by Stalin to destroy the Ukrainian peasantry, that claimed millions of lives in the 1930s. Now, pro-Kremlin outlets are claiming that Russia is the one preventing Kyiv from organising a new Holodomor in Ukraine, by blocking Ukrainian ports in the Black Sea. In a typical Orwellian manner, Russia, whose actions are engineering a global food crisis, is presented as the “saviour”.

This week, Russian disinformation outlets continued to focus on the official Finnish and Swedish applications for NATO membership, reviving some of the oldest disinformation tropes in the Kremlin’s handbook.

One of those is the narrative of “lost sovereignty”, when disinformation sources claim that certain countries are no longer truly sovereign. This time it is the Americans, who made the decision for the Swedes to join NATO, according to the spokesperson of the Russian Ministry of Foreign Affairs. Another example is the disinformation trope of “imminent collapse”, usually used by the Kremlin to target audiences at times of political and social upheavals (see previous examples related to migration, COVID-19, and Western civilisation). This week it has generated a rather curious example, with a pro-Kremlin pundit claiming that Finland and Sweden may not have time to join NATO before it collapses.

This stands in sharp contrast with the Kremlin’s usual rhetoric about NATO, which has portrayed the Alliance as a cause of the future WWIII, and the possibility of NATO’s enlargement as a “reason” for attacking Ukraine. 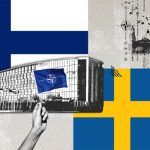 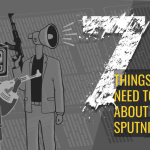