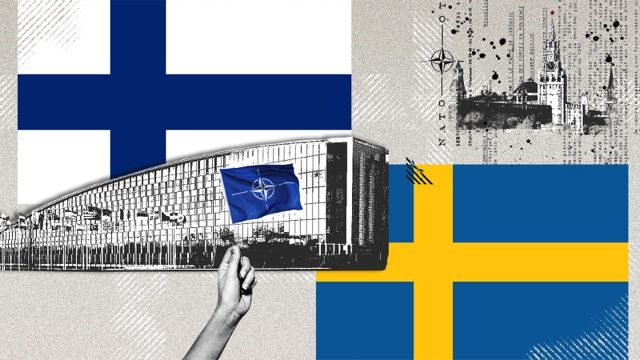 Yesterday morning, Finland and Sweden simultaneously handed in their official letters of application to join NATO, a momentous step for the two historically militarily non-aligned countries. The decision was a direct reaction to Russia’s war in Ukraine. According to Finnish President Sauli Niinistö, “a chain of events leading to the applications had begun last December, with a statement by Moscow demanding, among other things, that NATO accept no new members”. President Niinistö suggested Russians “look into the mirror” to find the reasons for the Finnish decision.

As NATO bashing is a long-time favourite of the Kremlin, featuring in nearly 1500 EUvsDisinfo cases, the news did not go unnoticed by the pro-Kremlin disinformation ecosystem. Some of the recent tropes claim that ‘Finland and Sweden are dragged into NATO to wage war against Russia’, that ‘NATO is about to collapse and would do Finland and Sweden no good’, and that ‘NATO armament would drain the public finances leading to well-fare problems’.

Then came Putin’s ostensible change of tone carried in his speech at the CSTO summit on 16 May. Now, according to Putin, Russia does not have any problems with Finland and Sweden, as them joining NATO would not threat Russia, but Moscow will object to NATO military infrastructure near Russia. The main disinformation narratives are now mostly in line with Putin’s comments. Realising that he can’t prevent Finland and Sweden from handing in their membership applications, Putin plays down the obvious defeat of his policy to prevent NATO enlargement – or ‘expansion’, to use the Kremlin’s deceptive jargon. Russia last demanded this in December 2021 in two treaty proposals to the US and NATO.

Other commentaries focus on criticising the decisions, combined with vague sabre-rattling, of tit-for-tat reciprocity that Russia will be forced to secure its interests and adapt its posture of force in a western direction.

In other news, on 14 May, tens of millions of people across the globe gathered around their screens to enjoy Eurovision – the world’s biggest live music show. Ukraine won the competition by a mile with the Kalush Orchestra performing a song called “Stefania” that resonated with many. Generally, Eurovision is a colourful and uplifting celebration of music, diversity and solidarity. But not for all. If the Grinch was the one to steal Christmas, the Kremlin – with Russia being banned from the competition this year – tried to take all the fun out of the show.

The next day, when many people were still recuperating from the marathon-length show running into the small hours, RIA Novosti published two articles as a reaction to Eurovision. In the first , the outlet claimed that the Germans were outraged by Ukraine’s victory, and in the second, they parroted the same about the British audience. Fair enough, people have always fought over matters of taste. Coming across headlines like this in outlets that adhere to any professional or ethical standards of journalism, one can expect that a study of a sort has been conducted to reach the conclusion. But as always, with the Kremlin, there’s a catch. Namely, both stories were based on nothing more than a handful of anonymous online comments from the comments sections of the Spiegel and the Daily Mail. 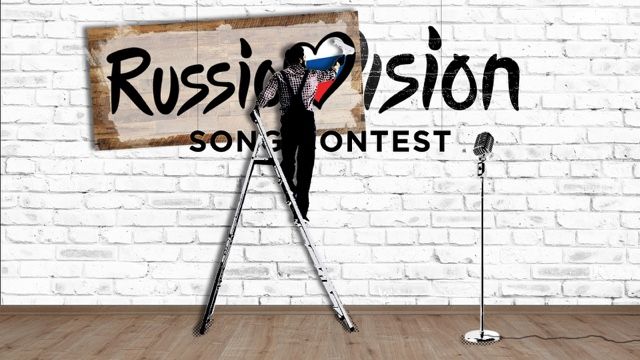 We probably wouldn’t have highlighted this incident if it was not part of a pattern. This is far from the first time that the Kremlin’s disinformation ecosystem uses a couple of anonymous online comments to represent nation-wide public opinion. In fact, it’s one of the many well-established items in the Kremlin’s toolbox of tactics, techniques and procedures. In 2021, the Cardiff University published a study on the exact same topic. Interestingly enough, both the Daily Mail and the Spiegel featured there as well.

Obviously, Russia also had to justify its absence from the competition. Conveniently, Tsargrad – a well-known pro-Kremlin outlet owned by Konstantin Malofeyev, an oligarch with close ties to Putin – published a piece arguing that Russia won Eurovision, as taking part in it would already be a loss.

The Eurovision Song Contest is thus a kind of a prism reflecting the current state of affairs in Russian disinformation and information manipulation efforts, and Russia’s absence glorifies self-isolation. Last year, an edgy pop singer of Tajik decent, Manizha, caused panic among Russian nationalists. A sign of ‘western decay’. This year, staying away from the competition is framed as a victory. Like celebrating the 9 May Victory day without a victory and calling for a protracted conflict with the West.