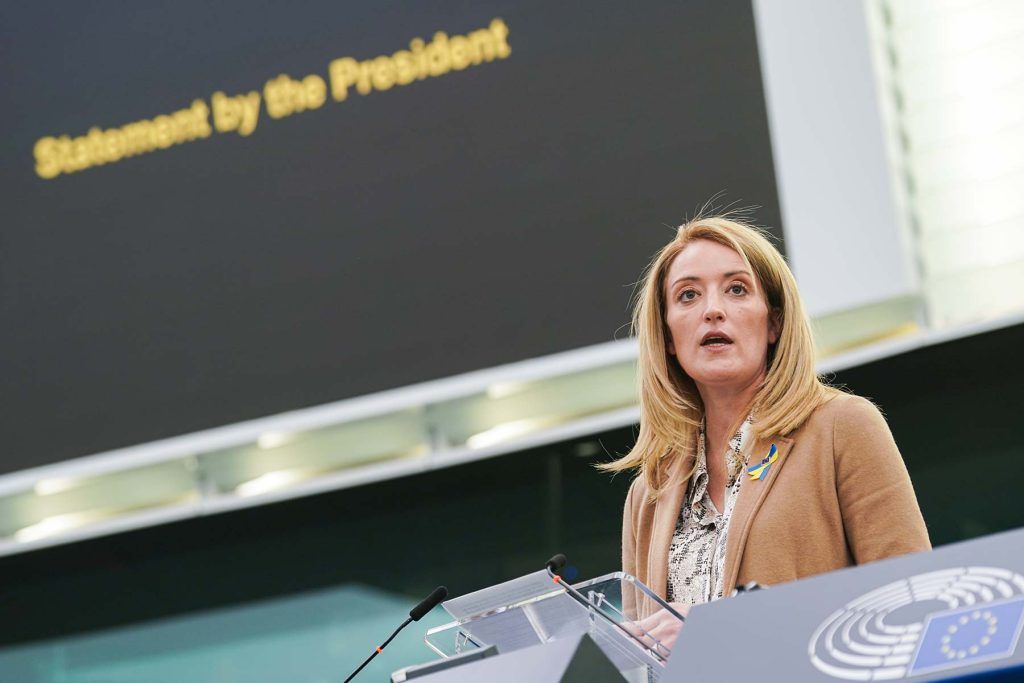 President Metsola called on the Russian authorities to free all anti-invasion peaceful protesters unjustly detained, at the opening of the plenary session in Strasbourg.

As the shelling of Ukraine continues unabated and the number of civilian casualties increases, President Metsola said: “Our outrage grows with every shell that is fired, as does Ukraine’s defiance and our people’s solidarity”.

She highlighted the immense courage of those in Russia that have continued to stand up and protest against the invasion of Ukraine, despite facing jail and brutal crackdown, expressing Parliament’s solidarity with them.

Under two laws brought in on 4 March that criminalise those protesting and informing about the war in Ukraine, protesters face up to fifteen years in prison and thousands have already been jailed. “Putin will find that the truth is not easily suppressed”, she added.

On behalf of Parliament, the President called on the Russian authorities to allow freedom of expression, to stop intimidating protesters and release immediately all those unjustly detained.

Changes to the agenda

Based on the number of amendments received, the second voting session is cancelled.

The report by Yana Toom (Renew Europe, ET) on EU Citizenship Report 2020 is moved from Tuesday to Wednesday afternoon as the last item.

Information concerning the distribution of votes is available on the website of the European Parliament under the section “Priority information”.

Requests by committees to start negotiations with Council and Commission

Decisions by committees to enter into inter-institutional negotiations (Rule 72) are published on the plenary website.

If no request for a vote in Parliament on the decision to enter into negotiations is made by Tuesday 12.00 midnight, the committees may start negotiations.

Information on the extraordinary remote participation procedure is available here.