Croatia took over the rotating Council Presidency from Finland on 1 January 2020. 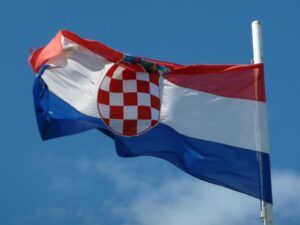 Croatia’s slogan for its six-month presidency is: “A strong Europe in a world of challenges”.

The country wants to focus on:

Croatia will presided over the Council of the EU during a busy period, when there will be negotiations on the EU’s long-term budget as well as on future relations with the UK. However, MEPs expect to see other topics on the agenda too.

Karlo Ressler (EPP) sees the presidency as a great opportunity for Croatia to further position itself politically, economically and diplomatically within the EU. “Croatia will continue to address the issue of Brexit and lead the negotiations on a budget for the next seven years. One of the key events will certainly be the summit in Zagreb, with a focus on the European perspective of Southeast European countries.“

Biljana Borzan (S&D) said protecting the rights of workers and consumers, as well as public health and the rule of law should be at the forefront. ”I hope that the negotiations on [the EU’s long-term budget] will be successful because implementation of programmes and politics for which citizens voted on during the European elections, like the European Green Deal, depends on it“

Valter Flego (Renew Europe) said: “Croatia needs to act as a neutral mediator and ensure successful cooperation and continuous implementation of the [EU’s] programme“. He also believes that Croatia will have an opportunity to “directly show to its people what Europe does for them“.

Ruža Tomašić (ECR) expects lobbying in the national interests. “The most important document from the previous term, the report on the multi-annual plan for fish stocks in the Adriatic Sea, is still at a dead end in the Council. I expect this will change during Croatia’s presidency“. She also wants to see progress on direct payments in agriculture and the activation of unused agricultural land.

Press release
Website of the Croatian presidency
More on the priorities