COVID-19 Evolution in Europe during November

This news item shows the evolution of the COVID-19 virus in Europe during November. The data for this article have been obtained from several official sources (Johns Hopkins University, Reuters, WHO…), concerning the incidence of diagnosed cases and deaths due to the COVID-19 virus.

Based on these data, many European countries have decided to take measures:

Countries with the highest average daily incidence of diagnosed cases

Countries with the highest average daily incidence of case deaths

Cumulative incidence indicates the spread of a disease in a population and in a given time. According to the Instituto de Salud Carlos III, it is calculated by dividing the number of cases appearing in a period by the number of people free of the disease at the beginning of the period. In this case, the number of people established was 100,000 inhabitants. The time period of 14 days has been established because experts point out that it is the time that best reflects the epidemiological situation of a territory due to delays in the notification of new infections and the time it takes for the virus to manifest itself in people.

There are five alert levels:

The countries with the highest cumulative incidence during the first 14 days of November are shown below:

Slovenia and Slovakia were the countries with the highest cumulative incidence during the first half of November, with 286 and 278 cases diagnosed per 100,000 inhabitants respectively, placing these countries at an extreme risk alert level. On the other hand, Georgia, Croatia and Austria had 249, 241 and 206 cases per 100,000 inhabitants, placing them at a high risk alert level.

The following table shows the data for the countries with the highest cumulative incidence during the second half of November: 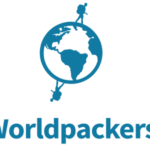 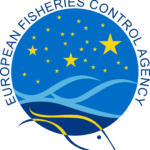