The European Committee of the Regions (CoR) is an EU advisory body composed of locally and regionally elected representatives coming from all 27 Member States. Through the CoR they are able to share their opinion on EU legislation that directly impacts regions and cities.

What does the CoR do?

The CoR gives regions and cities a formal say in EU law-making ensuring that the position and needs of regional and local authorities are respected.

The CoR members are elected representatives serving in local or regional authorities. Each country nominates members of its choice who are appointed for renewable five-year terms by the Council of the EU. The number of members per country depends on the size of that country’s population.

Members from one country form the national delegation which reflects the political, geographical, regional and local balance of their country.

The CoR appoints a president from among its members for a two-and-a-half-year term.

How does the CoR work?

The CoR appoints a rapporteur (one of its members) who consults stakeholders and prepares the opinion. The text is discussed and adopted by the CoR commission in charge of the policy area concerned. The opinion is then presented to all members in plenary session who vote to amend and adopt it. Finally, the opinion is shared and communicated to all relevant EU institutions.

There are up to 6 plenary sessions per year, adopting opinions that cover 50 to 80 EU legislative projects. 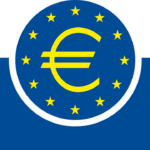