This news item shows an analysis of the evolution of COVID-19 in Asia, Oceania and Eastern Mediterranean with data provided by Johns Hopkins University during the months of August and September. 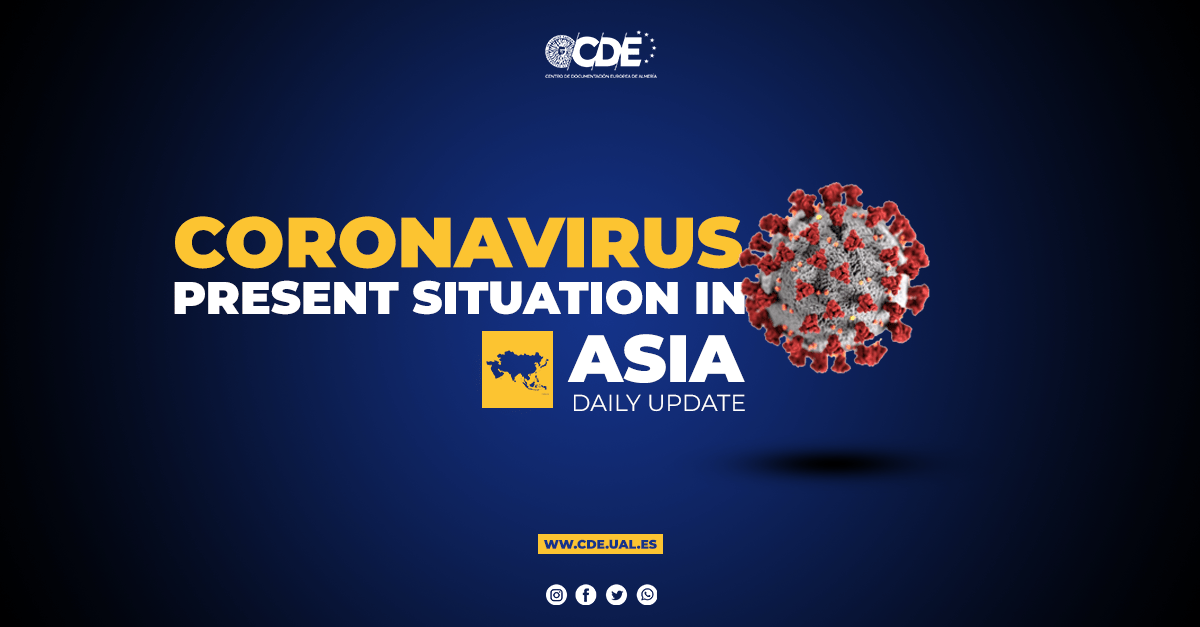 The Asian countries with the most diagnosed cases and deaths are shown in the table below (data as of October 15, 2021):

Below is a graph showing the evolution of the countries that have had the most deaths from the aforementioned disease:

Regarding the largest percentage increases in COVID-19 diagnosed cases, the following tables show a comparison between which countries have the largest increase in August and September for the Eastern Mediterranean areas of Asia, Southeast Asia and the Eastern Pacific:

In addition, the following table shows the countries with the highest percentage increase in COVID-19 deaths in August and September:

Next table shows countries and regions with reported laboratory-confirmed COVID-19 cases and deaths. Data as of 15th October 2021 – 07:22 AM CET