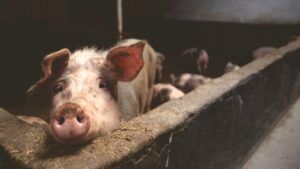 The European Economic and Social Committee (EESC) gave the floor to the ”End the Cage Age” European Citizens’ Initiative (ECI) at its 23 January plenary, held in Brussels, providing a European level platform for it to express its goals and concerns about the welfare of farming animals.

The executive vice-president of the Commission, Frans Timmermans, not only opened the 2019 ECI Day last April, but also presented the revised ECI tool, making it easier to collect signatures for citizens’ initiatives.

Compassion in world farming, the organisation behind the ECI campaign, was established back in 1865 by Peter Roberts, a British dairy farmer who was worried about modern farming methods. Animals were able to suffer and feel pain, and they could enjoy the company of others and have feelings of joy and negative feelings too; this demonstrated that they were sentient beings, said Mrs Kikou, underlining that the Lisbon Treaty recognised animals as sentient beings.

Based on that and the fact that many people, including some celebrities, were very much interested in animal welfare, the End the Cage Age initiative was asking the European Commission to propose legislation to phase out and eventually ban the use of cages in animal farming.

We want to make sure that the European institutions will act upon citizens’ expectations. At national level, we are trying to raise awareness and secure support from countries. There are number of alternatives, said Mrs Kikou, we are working together with farmers to teach them sustainable farming. We are not against them, we are not for banning meat; it is just that cages don’t belong in the 21st century.

EESC members commented that, in the interests of both consumers and farmers and of sustainable farming, all aspects – such as meat imports and the financial impact on the single market – had to be carefully examined before any further action was taken. 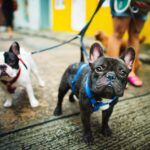 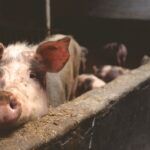