Statins, the commonly prescribed class of drugs to reduce cardiovascular disease risk, are identified as a potential microbiota-modulating therapeutic, according to a new study. 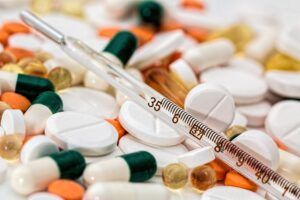 The microbiome, the genetic material of all microorganisms that live in the human body, is essential for development, immunity and nutrition. Cardiometabolic diseases (CMDs) like heart disease and metabolic disorders such as obesity and diabetes are associated with dysfunction in the microbiome.

Research into this field has intensified in recent years. The gut microbiome, which refers to the genetic material of the gut microbiota, the complex microorganisms (bacteria, yeast and viruses) that are present in the gastrointestinal tract, has attracted particular attention in relation to CMDs. In addition, it’s known that the use of some medications, such as stomach acid neutralisers, is associated with disruption of the gut’s microbial communities.

A team of scientists partially supported by the EU-funded METACARDIS project has explored gut bacteria in about 900 participants from Denmark, Germany and France. The researchers published their findings in the journal ‘Nature’, where they identified statins – the common cholesterol-lowering class of drugs – as a potential microbiota-modulating therapeutic. A news release by METACARDIS project partner University of Copenhagen states: “The intestinal microbiota in obese individuals had previously been shown to differ from those in lean subjects with a poor bacterial diversity, a relative depletion of health promoting bacteria and the remaining bacteria dominated by an inflammatory tone.” As noted in the same news release: ”

the scientists now define a cluster of bacteria called Bact2 enterotype, which is found in 4 % of lean and overweight people but in 18 % of obese individuals who did not use statin drugs, a group of cholesterol lowering medications. […] However, in other obese study participants who were treated with statins, the prevalence of the unhealthy Bact2 enterotype was significantly lower (6 %) than in their non-treated counterparts (18 %) – comparable to levels observed in non-obese participants (4 %). The same trend was validated in a Flemish study sample of about 2000 participants.” 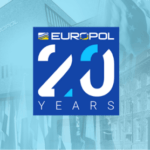 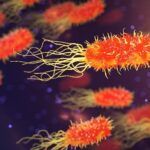 Antimicrobial resistance in the EU: infections with foodborne bacteria becoming harder to treat

Antimicrobial resistance in the EU: infections with foodborne bacteria becoming harder to treat