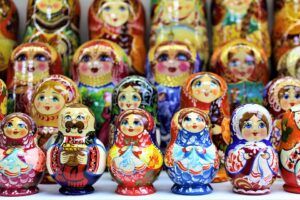 The EU High Representative for Foreign Affairs and Security Policy/Vice-President of the European Commission, Federica Mogherini, and the Commissioner for European Neighbourhood Policy and Enlargement Negotiations, Johannes Hahn, also participated. Leaders  discussed the next steps in the implementation of the Association Agreement, including its Deep and Comprehensive Free Trade Area.

They also discussed the conflict in eastern Ukraine, the implementation of the Minsk agreement, the consequences of the illegal annexation of Crimea and Sevastopol by the Russian Federation, and regional and foreign policy issues.

The European Union, together with the European Financial Institutions, has already mobilised €15 billion in support of Ukraine’s reform process since 2014. Further tangible support is expected to be announced at the summit, including in relation to decentralisation, fighting corruption, the energy sector, further empowering civil society, mine action and psychosocial support, and support to the local economy and communities in the Sea of Azov region.

The Summit welcomed the adoption of the updated energy annex of the Association Agreement. The annex lists parts of the EU acquis which Ukraine commits to approximating with. This will in turn increase gradual market integration and enhance energy security.

In light of Ukraine’s commitment under the telecom annex of the Association Agreement, the European Commission will be sending a team to assess Ukraine’s legislative and institutional capacity.

The Deep and Comprehensive Free Trade Area has supported the increase of bilateral trade by 49% since the start of its application in January 2016. In addition to the measures foreseen in the Deep and Comprehensive Free Trade Area of the Association Agreement, the Autonomous Trade Measures for Ukraine in place since October 2017 for several Ukrainian industrial goods and agricultural products have helped to improve access for Ukrainian exporters to the EU market.

In line with the increased participation of Ukraine in EU programmes, Ukraine is now one of the largest beneﬁciaries of the Erasmus+programme in the Eastern Partnership region.

The Summit participants also touched upon on the need to counter disproportionate influence of vested domestic interests in the mediasector. The EU highlighted the important role that the Public Service Broadcasting plays in providing independent media content and underlined the importance of providing it with sufficient resources.

Factsheet on EU support to the Sea of Azov region