New hydrogen buses will soon go into operation in various cities across the United Kingdom. 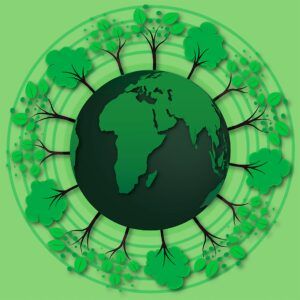 Eagle-eyed bus spotters will notice an environmentally friendly addition to fleets driving around Aberdeen soon. Partially funded by the JIVE project, the city will see 15 hydrogen-powered double-decker buses introduced to its public transportation system later this year. Aberdeen already boasts 10 fuel cell (FC) buses in service and is among several other cities throughout Europe and the United Kingdom riding the hydrogen wave to realise carbon emission reduction targets and improve local air quality. Costing about EUR 555 000 each, similar buses will also operate in London and Birmingham, with Dundee, Brighton and Hove being lead partners in JIVE 2, another EU-funded initiative.

According to a news item on the portal electrive.com the buses can carry up to 64 passengers and have a range of 320 km. The buses have been produced by the Northern Ireland-based company Wrightbus. “Launching later this year, the buses are more efficient than electric equivalents, with refuelling taking less than 10 minutes and offering a greater range,” the news release notes.

The two JIVE projects will together deploy close to 300 FC buses in 22 cities across Europe by 2023. JIVE 2 is an expansion of the ongoing JIVE project that was launched in 2017. The overall objective of these initiatives is to speed up the commercialisation of FC buses through large-scale deployment of vehicles and infrastructure. As a result, bus operators will be able to include such solutions in their fleets without the need for subsidies. With more governments recognising the impact of climate change and implementing policies to address the issue, the development of attractive low-carbon options for transport is gaining momentum.

The adoption of hydrogen-powered FCs – a technology where hydrogen is used as a fuel with only water and heat as its byproducts – is increasingly seen as a viable option for lowering CO2 emissions. The past 2 years have seen much groundwork laid for deployment, scale-up and sustainability of such propositions. This trend is expected to continue, particularly in light of the EU’s recently published directive on the promotion of clean and energy-efficient road transport vehicles aimed at further reducing greenhouse gas emissions. The directive sets out minimum procurement targets in each Member State for clean light-duty vehicles, trucks and buses by 2025 and 2030. For example, the share of clean buses in the total number of heavy-duty vehicles at Member State level ranges between 24-45 % from 2021 to 2025 and 33-65 % from 2025 to 2030. JIVE project partners hope that their buses will help fulfill these targets in the Member States where they are deployed. 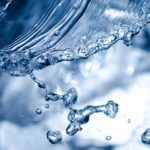