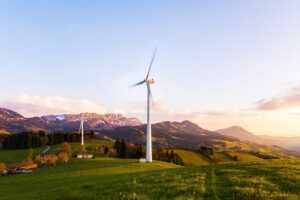 Consistent achievements of the last decade

Thanks to the adoption of specific EU legislation, the Renewable Energy Sources Directives and the adoption of more efficient, cost-effective technologies, the production of energy based on renewable sources is steadily increasing.

The EU’s Renewable Energy Directive (2009/28/EC) set an overall binding target of 20 % final energy consumption from renewable sources by 2020. Each EU country has set its own individual goals – from 10 % in Malta to 49 % in Sweden.

RES share in the EU energy mix reached 17.5 % in 2017, up from 11.3 % in 2008, before the RES Directive entered into force. 2020 renewable energy targets had have played a very important role into that and the EU is on track to achieve them, but now Europe has developed and is challenged to implement a new agenda to take it through another decade of renewable energy production. Based on the latest biennial report published in 2019, Eurostat data confirms the vast majority of EU countries are well on track to reach their 2020 binding targets for renewable energy EU Climate Action.

In December 2018, the revised Renewable Energy Sources Directive 2018/2001/EU entered into force. The challenging targets established for 2030 (a binding renewable energy target of at least 32 % at EU level) require an uptake and acceleration of the market of renewable energy technologies. Besides further technological development, which is supported by the cost reduction and improvement of performance goals as outlined in the SET Plan, it is essential to tackle a number of non-technological issues still hindering large-scale uptake of RES technologies. These include enabling policies Europe-wide, capacity-building initiatives, raising awareness, improvements of regulatory and financial frameworks, and empowering consumers as well as prosumers.

The EU, through its Horizon 2020 (H2020) programme, is devoted to finding and supporting new and innovative solutions that will help Europe to successfully address these goals – ranging from light and heat from the Sun to the Earth’s depths with geothermal and all nature’s energy sources captured in between. Within this framework program, the European projects AURES, AURES II, CoolHeating, Prosumers4Grid, BestRES, BioVill, WinWin, SECURECHAIN y SEEMLA  are specifically aimed at addressing market barriers and accelerating the uptake of renewable energy technologies.