Scientists used 20 years’ worth of satellite data to estimate the rate at which glaciers across the globe are shrinking. The result is the most accurate and comprehensive assessment of the world’s glaciers to date. 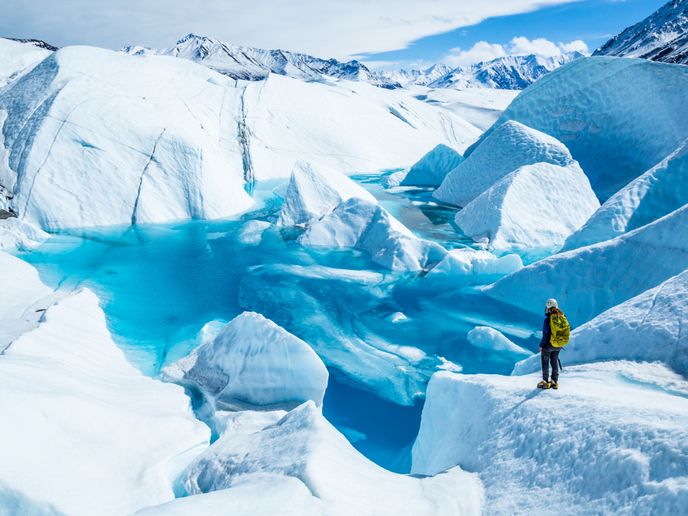 The Antarctic and Greenland ice sheets may be the largest bodies of ice in the world, but they aren’t the only melting glaciers affecting life on the planet. Found on nearly every other continent on the planet, glaciers are shrinking rapidly, playing a major role in rising sea levels and increased natural hazards.

“Glaciers are typically found comparably close to where people live. That means their changes affect people quite directly,” states glacier specialist Prof. Andreas Kääb of the University of Oslo in an interview granted to the EU’s research and innovation magazine ‘Horizon’. For us to be able to better adapt to climate change impacts in the future, we need a much clearer picture of how the world’s glaciers are changing.

With support from the EU-funded ICEMASS project, Prof. Kääb and his research team were able to measure and analyse changes to 99.9 % of the world’s glaciers. Using historical NASA satellite data and new statistical methods to construct 3D topographies going back 20 years, they were able to create the most accurate and comprehensive assessment of the world’s 217 175 inventoried glaciers. Their research results were published in the journal ‘Nature’.

According to the study, glaciers are melting faster than previously thought. From 2000 to 2019, they lost around 267 billion t of ice per year, a mass loss that’s 47 % larger than that of the Greenland ice sheet and more than twice that of the Antarctic ice sheet. Assuming that all meltwater reaches the ocean, this would be equivalent to about 21 % of the observed sea level rise. Even more concerning, the rate of acceleration of ice loss was estimated to be about 48 billion t a year per decade.

Some gained, most lost

“We found glacier mass loss in almost all regions we looked at. Unexpected large losses we measured in the European Arctic, on Svalbard. The massive retreat of sea ice in this sector of the Arctic raises air temperatures at a rate of roughly double the global average. The result is glacier melt rates (that are) much higher than one would expect so far north. In addition, about half of the glacier mass loss comes not from direct glacier melt but from glaciers that massively increased their ice flow and thus their ice discharge into the ocean,” Prof. Kääb observes.

However, Prof. Kääb and his team also discovered “unexpected low changes in glacier mass, lower than the global average, in parts of Central Asia, in the Karakoram, Pamir, and western parts of Tibet. There is even a region where glaciers grow a little bit. By also measuring changes of lakes without direct river outflow, we could show that the region received in recent years more precipitation, which let the lakes and the glaciers grow, despite air temperatures increasing at the same time.”

For Prof. Kääb, who was the lead researcher of the completed ICEMASS (Global Glacier Mass Continuity) project, the most important achievement was collecting data on glacier volume changes in many areas about which very little knowledge was held. “There was a lot of different numbers around for these melting glaciers – some actually massively contradicted each other – from very little change to massive change. And we (really) narrowed this uncertainty down.”