The International Contact Group (ICG) met on 6 and 7 May in San José, Costa Rica, at ministerial level. Concerned by the recent events in Venezuela, the ICG members renewed their commitment to a political, peaceful, democratic and Venezuelan-owned solution, through the holding of free and fair presidential elections as soon as possible. 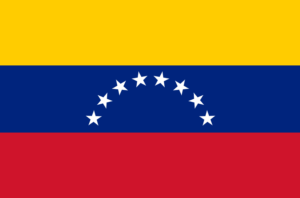 The ICG reaffirms its strong rejection of the use of force against civilians and expresses its deep condolences to the families and friends of the victims. The Group urges the security forces to act with utmost restraint to avoid further loss of life and suffering. Irregular armed groups must to be disbanded. Those responsible for indiscriminate violence will be held accountable. The right to peaceful protest must be respected and demonstrations should remain non-violent. The Group firmly condemns acts of violence against journalists and underlines that media freedom must be respected.

The priority now is to avoid further escalation of an already extremely tense situation. For this it is imperative to reinstate democracy, rule of law and separation of powers. Current events confirm that the only sustainable way out of the current crisis is an inclusive, democratic and peaceful one, in the framework of the country’s constitution. No actions of a repressive, judicial or political nature should be taken that would make this possibility more remote.

The ICG firmly condemns flawed judicial processes aimed at criminalising protest and political opinions, such as the proceedings initiated against several representatives of the National Assembly. Party leaders and members need to be able to carry out their work peacefully without intimidation and reprisals. The democratically elected National Assembly, under its President Juan Guaidó, should remain in the centre of the political life in the country, its constitutional prerogatives should be respected and in accordance with its national legislation, the parliamentary immunity of its members should be fully guaranteed. In this regard, the Group also condemns the enforced disappearance of Representative Gilber Caro, whose fate and whereabouts remain unknown. It holds the relevant authorities responsible for his safety and integrity.

Building on the work done since the Quito Ministerial Declaration, the ICG stresses that the best way forward lies in a credible negotiated political process, with the objective of bringing the country to democratic elections. This requires urgent meaningful confidence building measures, such as the release of political prisoners and changes in the respective branches of power in order to make them independent and accountable. The ICG will continue to support and facilitate efforts that can allow the country to move in this direction.

While the solution to Venezuela’s crisis needs to come from Venezuelans, the international community has a duty and a responsibility to contribute to creating the conditions for peace, democracy, rule of law and human rights to prevail in Venezuela. In this respect, having reviewed its contribution so far, the ICG has decided to continue its work subject to periodical assessment of progress made. The ICG is ready to undertake a mission at political level to Caracas, to present and discuss concrete options for a peaceful and democratic solution to this crisis.

Related Documents: Rule of law and human rights in Cuba and Venezuela and EU engagement