Trade, economic and cultural relations between the European Union and Hong Kong remained strong during the period covered by this annual report. The European Union remained Hong Kong’s second-largest trading partner after mainland China, while Hong Kong was a major partner for the European Union as regards trade in goods and services and foreign investment flows. With more than 2,200 EU companies based in Hong Kong, the EU remains the largest foreign business constituency in the city. A variety of factors including the rule of law, the transparent regulatory framework, along with an efficient public administration and an independent judiciary, contributed to preserving a favourable investment climate in Hong Kong. 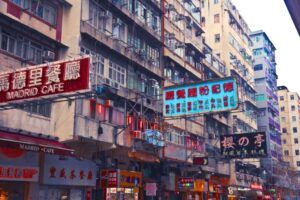 Most aspects of the ‘one country, two systems’ principle, which is the cornerstone of Hong Kong’s economic success, continued to work well. Despite several politically sensitive cases, the rule of law generally prevailed and the judiciary continued to demonstrate its independence and its consistent adherence to due process.

However, the ‘one country, two systems’ principle came under increased pressure during 2018, giving rise to concerns about its erosion and calling into question whether Hong Kong’s high degree of autonomy and its attractiveness as an international business centre will continue to be upheld in the long term. Three noteworthy incidents highlighted in the report relate to restrictions of the right to stand for election, the banning of a political party, and the refusal to renew the work visa of a foreign journalist. Freedom of expression faced unprecedented challenges, particularly on sensitive political issues, with indications of increasing self-censorship.

The European Union looks forward to further strengthening and expanding its relations with the Hong Kong SAR. The report encourages the Hong Kong SAR and the Central Government authorities to resume the electoral reform as enshrined in the Basic Law, and reach an agreement on an election system that is democratic, fair, open, and transparent. Universal suffrage would give the government greater public support and legitimacy to reach Hong Kong’s economic objectives and tackle its socio-economic challenges.

Website of the European Union Office to Hong Kong and Macao