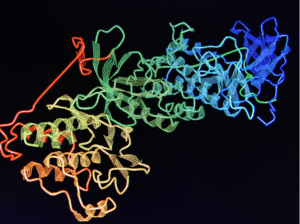 There are hundreds of millions of known proteins. From the insulin that regulates our blood’s sugar levels to the antibodies that help us combat infections, proteins are key to almost every function in our bodies and to all organisms. How they function is determined by their 3D shape. For half a century, scientists struggled to predict how a protein folds into this unique 3D shape. This procedure is vital to grasping the biological machinery of life.

Stuck on this one problem for 50 years

The Google-owned, London-based AI company DeepMind has an answer thanks to AlphaFold, a pioneering AI engine that determines the 3D shapes of proteins. It can determine structures with unprecedented accuracy in just days. Under normal circumstances in a lab, it would take years. AlphaFold determined the shape of about two thirds of a set of around 100 proteins with accuracy levels that compare to lab experiments. The accuracy of the other third or so was also high.

To come up with the solution, DeepMind teamed up with the 14th Community Wide Experiment on the Critical Assessment of Techniques for Protein Structure Prediction (CASP14), where groups of scientists take up the protein challenge known as Critical Assessment of Structure Prediction (CASP). Having started back in 1994 as the CASP1 experiment, CASP14 is one of the many experiments in which teams from over 20 countries around the world have submitted their suggested models of protein structure.

CASP14 organiser Dr Andriy Kryshtafovych from University of California, Davis, called the accomplishment “truly remarkable” in a press release. “Being able to investigate the shape of proteins quickly and accurately has the potential to revolutionise life sciences. Now that the problem has been largely solved for single proteins, the way is open for development of new methods for determining the shape of protein complexes – collections of proteins that work together to form much of the machinery of life, and for other applications.”

Prof. Dame Janet Thornton, Director Emeritus of the European Molecular Biology Laboratory’s European Bioinformatics Institute, who isn’t associated with CASP or DeepMind, commented: “It’s tremendous to see the triumph of human curiosity, endeavour and intelligence in solving this problem. A better understanding of protein structures and the ability to predict them using a computer means a better understanding of life, evolution and, of course, human health and disease.”

“It marks an exciting moment for the field,” DeepMind co-founder Demis Hassabis told ‘The Guardian’. “These algorithms are now becoming mature enough and powerful enough to be applicable to really challenging scientific problems.”

The science challenge was solved decades earlier than what the scientific community had expected. “This is a problem that I was beginning to think would not get solved in my lifetime,” Prof. Thornton added. “Knowing these structures will really help us to understand how human beings operate and function, how we work.”

“It’s a game changer,” Andrei Lupas, an evolutionary biologist at Germany’s Max Planck Institute for Developmental Biology who evaluated the performance of different CASP teams, told the journal ‘Nature’. “This will change medicine. It will change research. It will change bioengineering. It will change everything.” 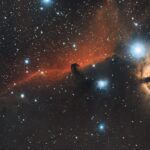