From August 24-27, the 26th International Meeting of the Open Dialogue Network for the Treatment of Psychosis will be held for the first time in Spain. Registration is open until July 31.

From the University of Almeria to the whole world will be held from 24 to 27 August, for the first time in Spain, on-line, the XXVI the 26th International Meeting of the Open Dialogue Network, as well as the University Expert in the Foundations for the Practice of Open Dialogues in Mental Health, from November 4 to June 24. Events that have been presented this Monday by Diego Valera, Vice-Rector for Research at the UAL; Adolfo Cangas, University Professor in the Department of Psychology and Silvia Parrabera, Director of the Early Attention Unit in the Treatment of Psychosis at the Hospital Príncipe de Asturias in Madrid.

“Between August 24 and 27 we will have the opportunity to attend the presentation of the Open Dialogue experiences that are being developed in countries such as India, Israel, England, Denmark, USA and Latin America, as well as to receive an introductory seminar given by the current team from Finland, and to listen to international speakers on such current topics as the controversial use of psychotropic drugs with Robert Whitaker, the drug-free treatment of the Medication-Free Treatment Unit of the Northern Norwegian University Hospital, or the promotion of Human Rights and non-coercive services in Italy,” explained Diego Valera.

As for the Expert, it is a training directed by Jaakko Seikkula, founder of the model in Finland; Silvia Parrabera, clinical psychologist at the Prince of Asturias Hospital in Madrid and Adolfo Cangas professor of the Faculty of Psychology at the UAL. “It is an online course, in Spanish, that follows the steps of the training offered by the Open Dialogue Foundation in England and the courses of the Finnish mental health system and that, until now, did not exist in our country”, the vice-chancellor has indicated.

Open Dialogue is a psychotherapeutic approach to the treatment of mental health problems that was developed in the 1980s in Finland and is now used as the organizational structure of the entire mental health and social services system in the Western Lapland region, with the best results in the Western world in the treatment of psychosis in the first 20 years of its application, with a 90% decrease in the number of diagnoses of schizophrenia (from 33 diagnoses per 100,000 inhabitants in 1985 to 2.8 in 2005).

Research conducted so far in psychosis, compared to treatment as usual, shows a decrease in the use of psychotropic drugs, psychiatric admissions and the duration of admissions. In addition to a greater satisfaction of the diagnosed persons and their families for the treatment received. It has recently been recognized by the WHO as one of the best valued practices in mental health thanks to its respect for the human rights of people with mental health problems.

As for its international impact, training and research programs are currently being developed in more than 30 countries around the world, such as in Norway, Germany, England, Italy, Japan, Australia, Israel, Denmark, USA, etc.

This international congress will be a great opportunity to keep abreast of the latest international research in this field and to learn about practices in different countries. The congress will have Spanish/English and English/Spanish subtitles to make it easier to follow in the Spanish-speaking world. There will also be a virtual space for all participants to meet. A unique opportunity to keep abreast of all the latest developments in the approach that has shown the best results in the treatment of psychosis, as explained by Professor Adolfo Cangas.

“It will be a novel experience at the national level because the UAL will disseminate an approach that is not very widespread in Spain. These training and dissemination actions will help a lot to change mental health in the coming years. There are already several changes in mental health in various research groups, in professionals who are seeing that we have reached a limit, but we have to move on to act in another way and this Open Dialogue framework goes precisely in that direction.

Cangas expressed his excitement that the Congress and the Expert will have an impact in Almeria. “There is already a group interested in promoting changes and the Expert will give us the tools to face this change more focused on people’s rights, taking into consideration life problems, taking into account families, professionals, the whole community, which is the important thing about this approach that has the best results in cases of psychosis”.

Two pioneering experiences are currently being developed in our country within the public mental health system. One is the Early Attention Unit (UAT) for psychosis at the Hospital Universitario Príncipe de Asturias in Madrid and the other at the Mental Health Center Badalona 2.

“The important thing about this congress is that until now people had to be trained outside Spain to be able to use this framework, which is being so well received both by people suffering from psychosis and by their families. It is a special congress because Open Dialogue will be practiced every day and experiences of how it is being implemented in different countries can be heard,” said Silvia Parrabeda. She also explained that current issues will be dealt with, such as “rethinking the consumption of drugs, which is quite high in Spain, especially after the pandemic” and that it will be a space “in which we can reflect on the need for change in how we approach mental health and how to use Open Dialogue”.

This international meeting will feature prominent figures such as Olga Runciman, Robert Whitaker, Nick Putman, Daniel Fisher (USA), among others, who will give lectures and workshops. On the Spanish side will participate, among others, Silvia Parrabera (UAT, Hospital Universitario Príncipe de Asturias), Adolfo J. Cangas (University of Almería, Inclúyete) or Jordí Marfá (Centro de Salud Badalona 2) who will shape and deepen the debate on the development of Open Dialogue and other forms of accompaniment in mental health in Spain.

Finally, participants will have the opportunity to listen to research conferences with Raffaella Pocobello (Italy) who will talk about the international research project HOPEnDialogue or Russell Razzaque (UK) who will present the progress of ODDESSI, a research program on the impact of Open Dialogue in the UK public health system. 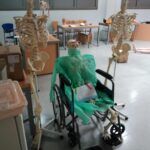 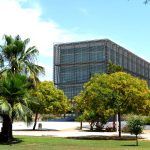