The story of Monopoly: how Charles stole Lizzie’s idea and made his fortune

Inicio » EU News » The story of Monopoly: how Charles stole Lizzie’s idea and made his fortune

In these days of confinement there are many things to learn. It is a great opportunity to share care and to take advantage of leisure time with the family. Today we tell you the story of Monopoly which you can find in full detail at Europeana. 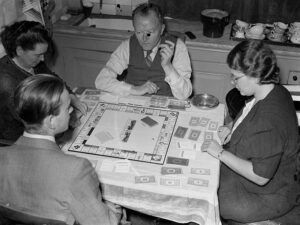 The story begins in 1903 in the United States. Elizabeth Magie came up with a board game called ‘The Landlord’s Game’. She wanted to use it as an educational tool to teach people about the single tax theory of Henry George. He thought that land and natural resources belonged to the people, and they should rent it but never own it. And that governments should only charge tax on land, not on improvements, labour or profits.

She took out a patent in 1904 and self-published it in 1906. In 1909, she approached manufacturer’s Parker Brothers, who rejected the game on the grounds that it was too complicated.

How Charles Darrow came upon it

In 1932, a man called Charles Darrow went to dinner at the home of his friend, Charles Todd. After dinner, they played a few rounds of The Landlord’s Game, in which Darrow took a great deal of interest.

Not long after, Darrow took an idea to Parker Brothers and in 1935, they published the game Monopoly, complete, it is thought, with a spelling mistake copied directly from The Landlord’s Game.

Covering up the truth

The Todds and the Darrows fell out and never spoke to each other again. Players of after-dinner board games, take note!

Parker Brothers bought The Landlord’s Game from Lizzie Magie for the sum of $500 in 1936 in a deal that included zero royalties, ever. She refused to have any changes made to it, but made no demands to promote it, and no objections to the manufacturing of Monopoly. A 1936 newspaper article reported that she said it was ‘all right with her if she never made a dime so long as the Henry George single tax idea was spread to the people of the country.’ In a sworn testimony many years later, Parker Brothers’ president described how he saw the little old grayhaired Quaker woman as ‘a rabid Henry George single tax advocate, a real evangelist’.

That same 1936 newspaper article recognised Magie’s The Landlord’s Game as the source of the game Monopoly. But determined to deny it, Parker Brothers included information in every box of Monopoly crediting Darrow as its creator. It would be 40 years until the truth was widely known.

Today, Monopoly is in the top five most popular board games worldwide – up there with chess, Scrabble, checkers and backgammon. Monopoly is licensed in 103 countries and printed in 37 languages. 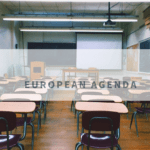