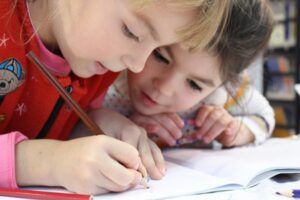 The objective of the initiative is to ensure: “the right to inclusive education of children and adults with disabilities within the European Union”. The initiative states that while “over 70 million EU citizens have a disability and 15 million children have special educational needs” many “are facing excessive barriers in […] their right to quality inclusive education“. The organisers therefore call on the Commission to “draft a bill on a common EU framework of inclusive education, which will ensure that no child is left behind when it comes to early intervention services, education and transition towards the labour market”.

Under the Treaties, the EU can take legal action aimed at combatting discrimination based on disability as well as support Member States’ efforts when it comes to education systems and vocational trainings. The Commission therefore considered the initiative legally admissible and decided to register it. At this stage in the process, the Commission does not analyse the substance.

The registration of this Initiative will take place on 4 March 2019, starting a one-year process of collection of signatures of support by its organisers. Should the initiative receive one million statements of support within one year, from at least seven different Member States, the Commission will analyse it and react within three months. The Commission can decide either to follow the request or not, and in both instances would be required to explain its reasoning.

Once formally registered, a European Citizens’ Initiative allows one million citizens from at least one quarter of EU Member States to invite the European Commission to propose a legal act in areas where the Commission has the power to do so.