The EU towards climate neutrality

The EU will need to update its long-term climate goals in 2020. Parliament wants to reach climate neutrality by 2050. 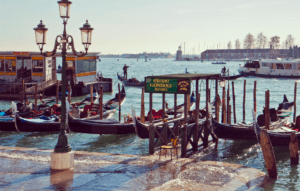 Next week MEPs will vote on a  resolution calling on the EU to set climate neutrality by 2050 as its long-term climate goal under the Paris agreement. The plenary vote comes ahead of the COP25 UN Climate Change Conference in Madrid in December.

The Paris agreement aims to limit global warming to well below 2°C and pursue efforts to limit it to 1.5°C in order to avoid the catastrophic consequences of climate change. It has been signed by 194 countries as well as the European Union. All EU countries are signatories on their own, but they coordinate their positions together and set common emission reduction goals at the EU level.

In order to reach the goal of the Paris agreement, countries are required to set goals for their climate efforts every five years, increasing their level of ambition over time. These goals are known as nationally determined contributions (NDCs). Updates and new goals are expected from all signatories by the end of 2020.

The EU was the first major economy to submit its emissions reduction goal under the Paris agreement. The EU’s current goal is to reduce its CO2 emissions 40% by 2030, compared to 1990 levels. However, there is increasing pressure to set a more ambitious level.

Global youth protests and school strikes for climate, started by the Swedish activist Greta Thunberg, and a special Eurobarometer survey from 2019 show that Europeans are willing to pursue stricter climate goals. EU leaders will discuss climate change and the EU’s long-term climate goals during their December summit and the EU is expected to submit its updated climate strategy to the UN in early 2020.