The number of terrorist attacks and victims of terror in the EU continued to decrease in 2019. 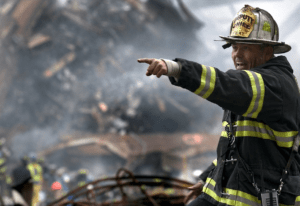 There were 119 terrorist attempts in Europe in 2019 and of those, 21 are attributed to jihadist terrorism. Although they represent only a sixth of all attacks in the EU, jihadist terrorists were responsible for all 10 deaths and 26 out 27 people who got injured.

About half of terrorist attacks in the EU are ethno-nationalist and separatist (57 in 2019, all but one in Northern Ireland) with the other main categories of terrorists being far-right (6) and far-left (26).

The numbers of victims of jihadist terrorism has further decreased since its peak in 2015 and in 2019 the number of attacks foiled by member state authorities was double the number completed or failed. However, according to Manuel Navarrete, the head of Europol’s counter-terrorism centre, the threat level is still relatively high.

Ten people lost their lives in three completed jihadist attacks in the EU last year in Utrecht, Paris and London, compared to 13 deaths in seven attacks in 2018.

Twice as many foiled attacks as completed or failed ones

In 2019, four jihadist attacks failed while 14 incidents were foiled, compared to one failed atack and 16 foiled ones in 2018. In both years, the number of plots foiled by authorities is double the number of completed or failed attacks. Jihadist-inspired attacks mostly target public places and police or military officers.

The threat of radicalised prisoners

Reinforced cooperation between EU countries and information sharing have helped to prevent attacks or limit their impact, according to the head of Europol’s counter-terrorism centre.

Use of migration routes by terrorists

Some have been concerned about the risk posed by migrants trying to enter Europe. Europol ’s report reiterates that as in previous years there are no signs of systematic use of irregular migration by terrorist organisations. In fact, in more than 70% of arrests related to jihadist terrorism, for which citizenship was reported to Europol, the individuals were nationals of the EU country in question.