Security is a major concern for Europeans: the vast majority (77%) want the EU to do more to fight terrorism.

In order to safeguard security within the Schengen zone, systematic checks at the EU’s external borders on all people entering the EU – including EU citizens – were introduced in April 2017.

To record the movements of non-EU citizens across the Schengen area and speed up controls, a new entry and exit registration system was agreed by Parliament and EU ministers in November 2017 and should be operational from 2020.

Travellers from non-EU countries who do not require a visa to enter the EU will be screened through the ETIAS System (European Travel Information and Authorisation), which should be operational from 2021.

Making use of air passenger data

Airlines operating flights to and from the EU are obliged to hand national authorities the data of their passengers such as names, travel dates, itinerary and payment method.

Find out more in our file on PNR.

The EU does everything possible to prevent dangerous weapons coming into the hands of the wrong people.

The revised firearms directive closes the legal loopholes which allowed terrorists to use reconverted weapons for example in the Paris 2015 attacks. It requires EU countries to have a proper monitoring system while keeping exceptions for hunters, museums and collectors.

The vast majority of terrorist attacks in the EU were perpetrated using home-made bombs. It will be harder for terrorists to get hold of the ingredients needed to build explosives thanks to stricter rules agreed by Parliament in April 2019.

Terrorists and extremists use the internet to spread propaganda and radicalisation. Parliament wants online companies like Facebook or YouTube to be obliged to remove terrorist content within one hour after receiving an order from relevant authorities.

Find out more about how the EU is boosting cybersecurity

Radicalisation and countering it was one of the focus points of a special committee on terrorism, which concluded its one-year work in December 2018. Parliament suggests an EU watch list of hate preachers, because they can now operate undetected if they move from one European country to another. Members also recommend segregating radicalised inmates in prisons as well specific training on radicalisation for EU and member states officials.

Most of the terrorist attacks in Europe were perpetrated by home-grown terrorists, European citizens born in the EU who radicalised without even leaving Europe. Parliament proposed measures to fight radicalisation and extremism in prisons, online and through education and social inclusion already in 2015.

The EU level is the main forum for cooperation and coordination among member states in the fight against terrorism even though combatting crime and ensuring security is primarily a national competence.

MEPs decide together with EU ministers on major EU counter-terrorism laws. Traditionally, Parliament watches over respect for fundamental rights and data protection, which is needed especially in a context of a crisis-driven policy and pressure for action.

Security in Europe is a joint priority for the EU institutions. The EU’s counter-terrorism strategy is based on four strands: prevent, protect, pursue and respond. The European Agenda on Security 2015-2020, aims to facilitate cooperation among member states in the fight against terrorism, organised crime and cybercrime. The EU also works to enhance its external security in cooperation with non-EU countries.

Infogrphics: Terrorism: How Parliament is addressing the threat 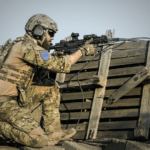