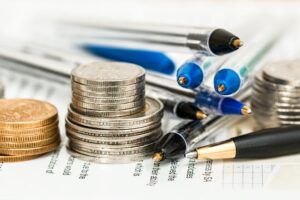 In 2016 the European Commission produced a proposal on country-by-country reporting of tax-related information by large businesses, which needs to be approved by both Parliament and the Council before it can enter into force. Parliament agreed its position on the issue in July 2017, but since then has been waiting for the Council to act so that they can start negotiations.

The EU has already adopted legislation that obliges companies to give such information to the national tax authorities, but MEPs argue that making the information public would boost transparency and discourage companies from shifting profits they have made across the world to low-tax regimes in a bid to avoid fair taxation.

The proposal concerns big companies worldwide turnover of at least €750 million, which are operating in several countries. The rules would introduce a requirement for these companies to publicly disclose information on how much they earned and how much tax they paid in each EU country.

During a plenary debate on 22 October, MEPs insisted that the public has the right to know more about the taxation of multinationals. Evelyn Regner (S&D, Austria) said: “Often these very large companies are not paying sufficient tax. They are creating fictional constructs so that they can reduce their tax burden. Companies owe it to citizens to be clear where and how much tax they have paid.”

“It is a way to shine a light on tax avoidance,” said Othmar Karas (EPP, Austria). He pointed out that the EU had successfully introduced public country-by-country reporting for banks. “Why don’t we continue with multinationals? What are we trying to hide?”

Others argued that the lack of transparency about how multinationals are paying tax is hurting small firms. “This [proposal] is not only beneficial for tax authorities, but also for local businesses, many of them small and medium-sized enterpresis, who compete at home against such companies yet do not have the advantage of being able to spread their tax expenditures across multiple jurisdictions,” said Ondřej Kovařík (Renew Europe, Czech Republic).

However, EU countries have struggled to agree on a position. Tytti Tuppurainen, speaking on behalf of the current EU Council presidency, told MEPs that work on this was advancing and more meetings are being planned before adding: “On the Council’s side, we will still probably need more time to clarify our position.”