The European Parliament today gave its final approval, known as ‘discharge’, to the way in which the European Commission, in cooperation with the Member States, managed and implemented the EU budget in 2017. The positive vote follows from the European Court of Auditors’ decision to give the EU annual accounts a clean bill of health for the 11th year in a row, finding them true and fair. 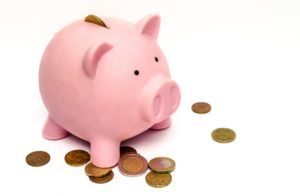 For the first time ever, this year’s discharge report of the European Parliament highlights some of the EU budget’s key achievements. For example, the report underlines that by the end of 2017, the EU budget programme for small and medium sized companies supported over 275,000 businesses in 25 countries. By the end of 2016, the money under the Cohesion Fund (CF) and the European Regional Development Fund (ERDF) led to better healthcare services for 2.7 million people, improved water supply for 156,000 citizens and improved wastewater treatment for some 73,000 EU residents. In 2017 alone, the EU budget – through the Asylum, Migration and Integration Fund (AMIF) – supported the creation of over 7,000 additional places in reception centres, while the number of places adapted for unaccompanied minors increased from only 183 in 2014 to over 17,000 in 2017. These figures confirm once again that the EU budget has delivered on the EU citizens’ expectations. The report also outlines key recommendations for the future. In the coming months, the Commission will report to the European Parliament on the actions that it will take in response to the European Parliament’s recommendations.