Before the new European Commission – the EU’s executive body – can take office, Parliament will organise public hearings to assess the suitability of commissioners for the post. 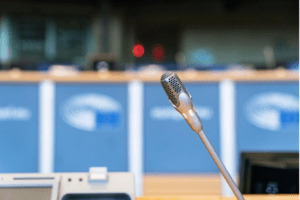 From 23 to 26 May, 200 million people from 28 EU countries went to the polls to elect MEPs, giving them a strong democratic mandate including voting and accountability to the new European Commission.

In July MEPs elected Ursula von der Leyen as the next President of the European Commission and at the end of September/October they will examine the competences and capabilities of their proposed team of commissioners. She has been busy forming a team over the summer, based on candidates from the Member States. Ensuring gender equality is one of her priorities.

Hearings: how they work

Once the Council has approved the final list of Commissioners-designate, the incoming President of the Commission will announce her new team, the College of Commissioners, including the allocation of portfolios.

Before the Commissioners-designate can take up their duties, Parliament organises hearings with the candidates-designate to examine whether their competences and qualifications correspond to the posts proposed to them.

Each candidate is invited to a three-hour hearing, broadcast live, before the parliamentary committee(s) responsible for the portfolio allocated to him/her. After the hearing, the competent committees prepare their assessment of the candidate’s competence, which is finalised by the Conference of Presidents, made up of the chairmen of the political groups and the President of Parliament.

Occasionally, hearings may lead to the withdrawal of a candidate or a change in their portfolios. For example, in 2014, Alenka Bratušek, who had been proposed for the energy portfolio, withdrew her candidacy after a negative evaluation by Parliament’s energy and environment committees.

Once the hearings are over, Parliament must approve the entire College of Commissioners before it can take office.