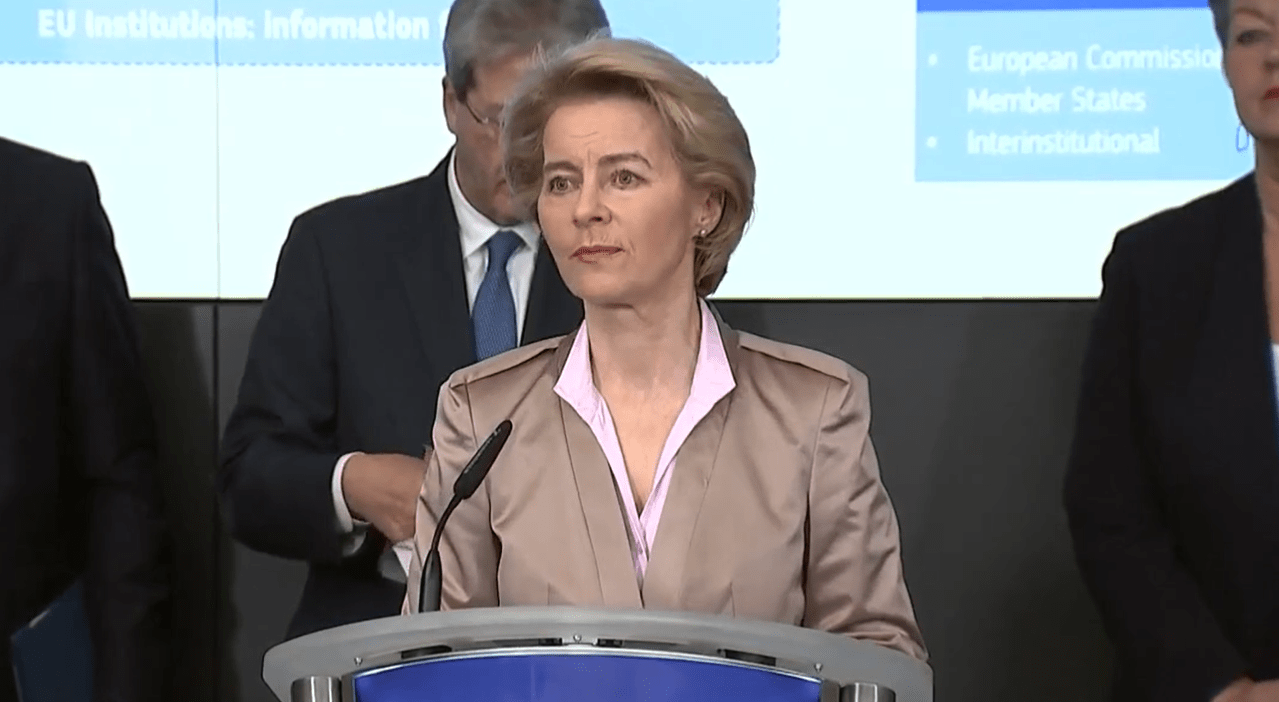 Next week, we will mark Europe Day. The 72nd birthday of our Union. This Europe Day will be all about the Union of the future – how we make it stronger, more resilient, closer to its people. But the answer to all of these questions, we cannot give alone. The answer is also given in Ukraine. It is given in Kharkiv, where Ukrainian first responders venture into the combat zone to help those wounded by Russian attacks. It is given in small towns like Bucha, where survivors are coping with the atrocities committed against civilians by Russian soldiers. And it is given in Mariupol, where Ukrainians are resisting a Russian force, which greatly outnumbers them. They are fighting to reaffirm basic ideas: That they are the master of their own future – and not some foreign leader. That it is the international law that counts and not the right of might. And that Putin must pay a high price for his brutal aggression.

Thus, the future of the European Union is also written in Ukraine. And therefore, today, I would like to speak about two topics. First about sanctions and second about relief and reconstruction. Today, we are presenting the sixth package of sanctions. First, we are listing high-ranking military officers and other individuals who committed war crimes in Bucha and who are responsible for the inhuman siege of the city of Mariupol. This sends another important signal to all perpetrators of the Kremlin’s war: We know who you are, and you will be held accountable. Second, we de-SWIFT Sberbank – by far Russia’s largest bank, and two other major banks. By that, we hit banks that are systemically critical to the Russian financial system and Putin’s ability to wage destruction. This will solidify the complete isolation of the Russian financial sector from the global system. Third, we are banning three big Russian state-owned broadcasters from our airwaves. They will not be allowed to distribute their content anymore in the EU, in whatever shape or form, be it on cable, via satellite, on the internet or via smartphone apps. We have identified these TV channels as mouthpieces that amplify Putin’s lies and propaganda aggressively. We should not give them a stage anymore to spread these lies. Moreover, the Kremlin relies on accountants, consultants and spin doctors from Europe. And this will now stop. We are banning those services from being provided to Russian companies.

My final point on sanction: When the Leaders met in Versailles, they agreed to phase out our dependency on Russian energy. In the last sanction package, we started with coal. Now we are addressing our dependency on Russian oil. Let us be clear: it will not be easy. Some Member States are strongly dependent on Russian oil. But we simply have to work on it. We now propose a ban on Russian oil. This will be a complete import ban on all Russian oil, seaborne and pipeline, crude and refined. We will make sure that we phase out Russian oil in an orderly fashion, in a way that allows us and our partners to secure alternative supply routes and minimises the impact on global markets. This is why we will phase out Russian supply of crude oil within six months and refined products by the end of the year. Thus, we maximise pressure on Russia, while at the same time minimising collateral damage to us and our partners around the globe. Because to help Ukraine, our own economy has to remain strong.

With all these steps, we are depriving the Russian economy from its ability to diversify and modernise. Putin wanted to wipe Ukraine from the map. He will clearly not succeed. On the contrary: Ukraine has risen up in unity. And it is his own country, Russia, he is sinking.

We want Ukraine to win this war. But we also want to set the conditions for Ukraine’s success in the aftermath of the war. The first step is immediate relief. This is about short-term economic support to help Ukrainians cope with the fallout of the war, like we do with our macro-financial assistance package and with direct support to the Ukrainian budget. In addition, we recently proposed to suspend all import duties on Ukrainian exports to our Union for one year. I am sure the European Parliament will put its weight behind this idea. But this is not enough for the short-term relief. Ukraine’s GDP is expected to fall by 30% to 50% this year alone. And the IMF estimates that, from May on, Ukraine needs EUR 5 billion each month, plain and simply, to keep the country running, paying pensions, salaries and basic services. We have to support them, but we cannot do it alone. I welcome that the United States announced massive budgetary support. And we, as Team Europe, will also do our share.

But then, in a second phase, there is the wider reconstruction effort. The scale of destruction is staggering. Hospitals and schools, houses, roads, bridges, railroads, theatres and factories – so much has to be rebuilt. In the fog of war, it is difficult to come up with a precise estimate. Economists are talking about several hundred billion euros. And costs are rising with each day of this senseless war.

Europe has a very special responsibility towards Ukraine. With our support, Ukrainians can rebuild their country for the next generation. That is why today I am proposing to you that we start working on an ambitious recovery package for our Ukrainian friends. This package should bring massive investment to meet the needs and the necessary reforms. It should address the existing weaknesses of the Ukrainian economy and lay the foundations for sustainable long-term growth. It could set a system of milestones and targets to make sure that European money truly delivers for the people of Ukraine, and is spent in accordance with EU rules. It could help fight corruption, align the legal environment with European standards and radically upgrade Ukraine’s productive capacity. This will bring the stability and certainty needed to make Ukraine an attractive destination for foreign direct investment. And eventually, it will pave the way for Ukraine’s future inside the European Union.