Inicio » EU News » Social Affairs » Equality » Sexism at work: How can we stop it?

The European Institute for Gender Equality (EIGE) has published a handbook to help stop sexism in the workplace. From recruitment to performance evaluation, EIGE’s handbook shows how organisations can ensure women and men employees feel safe, respected and fulfilled. The content has been tailored to the context of the EU institutions and agencies.

Despite laws to prevent discrimination in the workplace, women continue to be under-represented in senior roles, paid less than men and disproportionately subject to sexual harassment. Men can also face discrimination, for example when they don’t conform to stereotypes by asking for help or showing empathy.

EIGE’s handbook shows how unconscious bias underpins the unequal way women and men are treated at work. While overt sexism is prohibited under EU law, many workplaces are shaped by sexist beliefs about the fundamental nature of women and men — for example that men are dominant while women are caring. This impacts career prospects and everyday behaviour in the workplace, such as women more frequently being given tasks that do not contribute to promotion.

Testimonials from EU employees in the handbook show that perceived sexism still exists in the EU institutions and agencies.

To help organisations root out unconscious bias, the handbook explains what sexism is, provides a checklist for organisations to assess how well they’re doing and offers advice on how to deal with sexist behaviour and workplace practices.

Sexism is inefficient as it holds employees back and channels them into the wrong roles. This results on organisations missing out on their employees’ full potential. Sexism can also damage an organisation’s image and undermine diversity and inclusion initiatives. While anti-harassment and anti-discrimination laws are essential, organisations must also implement cultural change to fully eradicate sexism.

With the majority of EU institutions led by men while only 34 % of the most senior EU civil service jobs held by women, the guidance in EIGE’s handbook can help change the face of the EU to better represent the reality of its citizens. It should also help get the EU institution and agencies a step closer to achieving the EU’s founding value of gender equality. 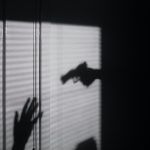